Everyone’s suggestions will be incorporated in political report: Dahal 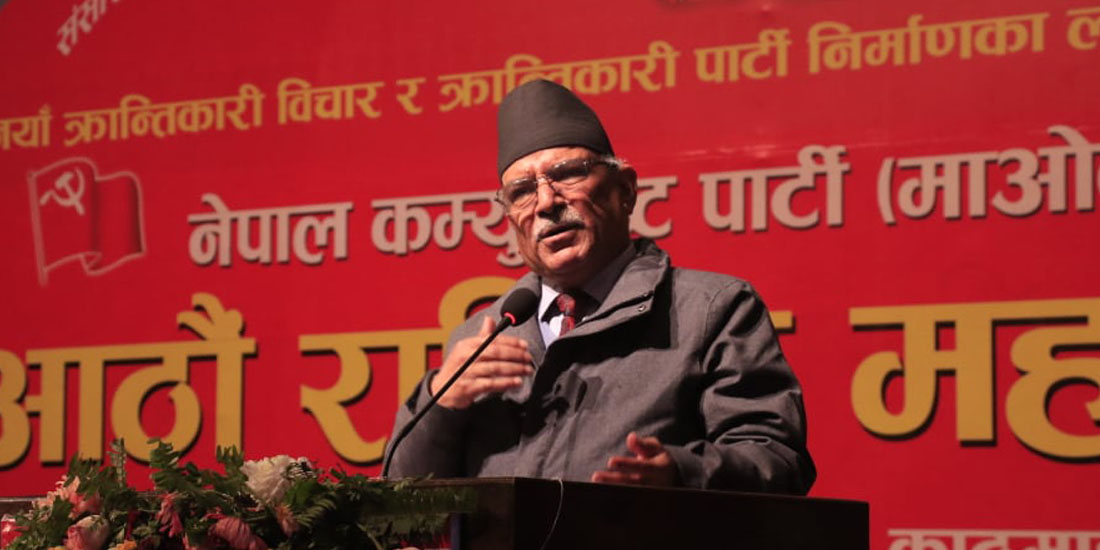 He said so while responding to the queries on the political report he presented before the general convention on Friday.

“I would like to assure you that this is a common report of the whole hall. You all will get this report after incorporating the suggestions of everyone. I have not seen that we should make a massive change in the report,” Dahal said.

He started responding to the queries after endorsing the reports of Election Commission, Disciplinary Commission and Account Commission.

As many as 25 groups were formed to discuss the political report of the party chairman.

Meanwhile, Dahal said that the party will hold a special general convention after the elections.