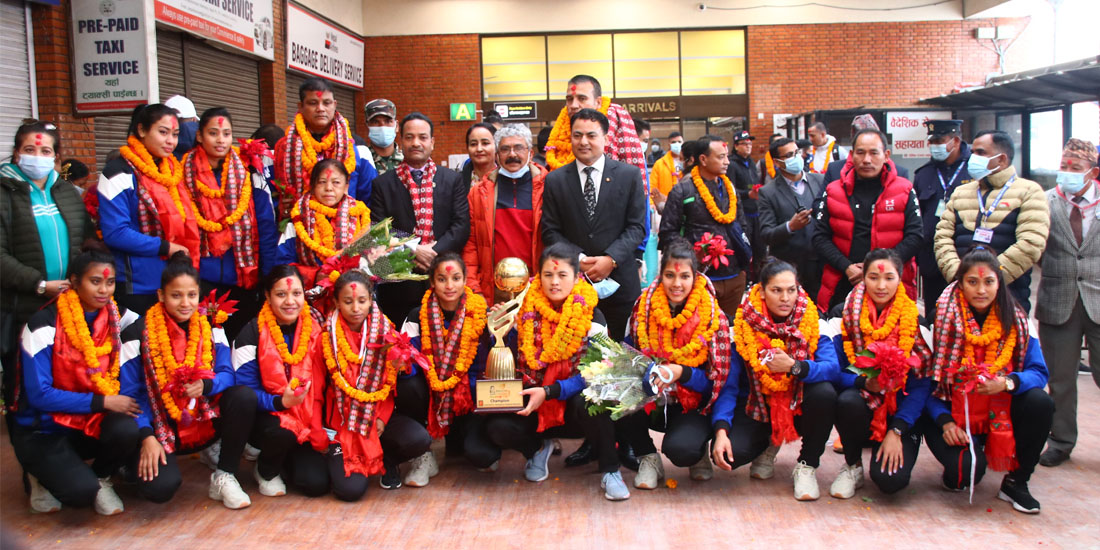 Minister for Youth and Sports Maheshwor Jung Gahatraj welcomed the team at the airport.

Earlier on Wednesday, the government had announced to facilitate the players of the national volleyball team with a cash prize of Rs 500, 000 each for clinching the title of Asian Central Zone Volleyball Challenge Cup. 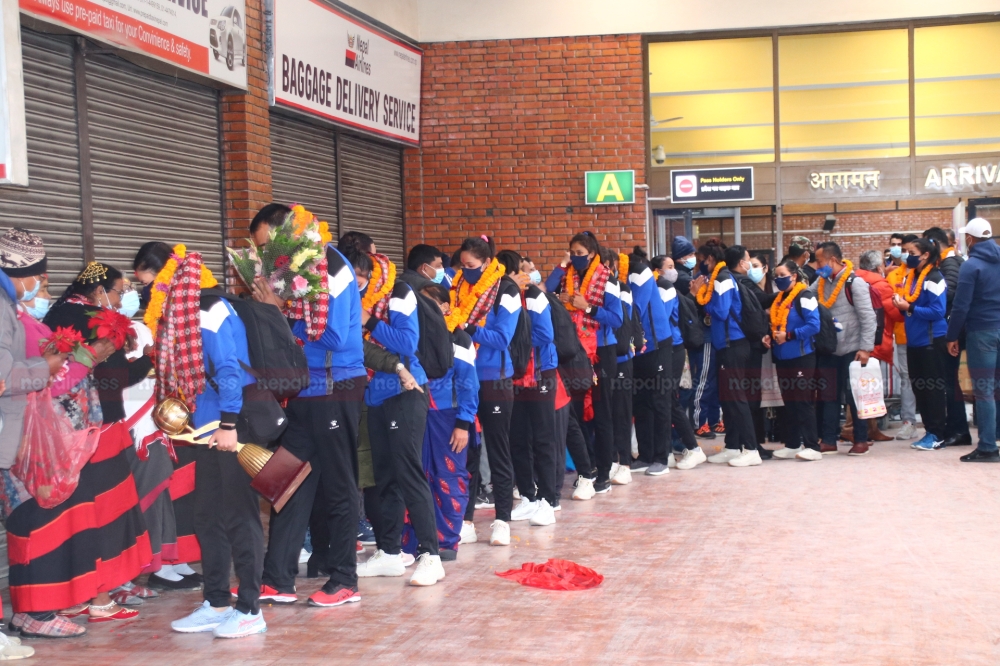 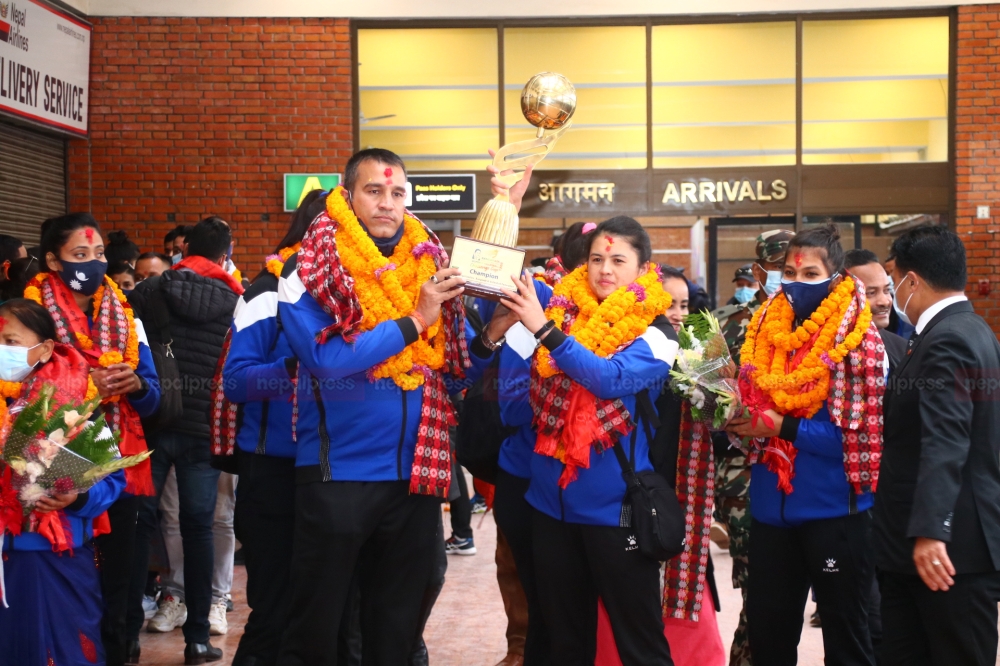 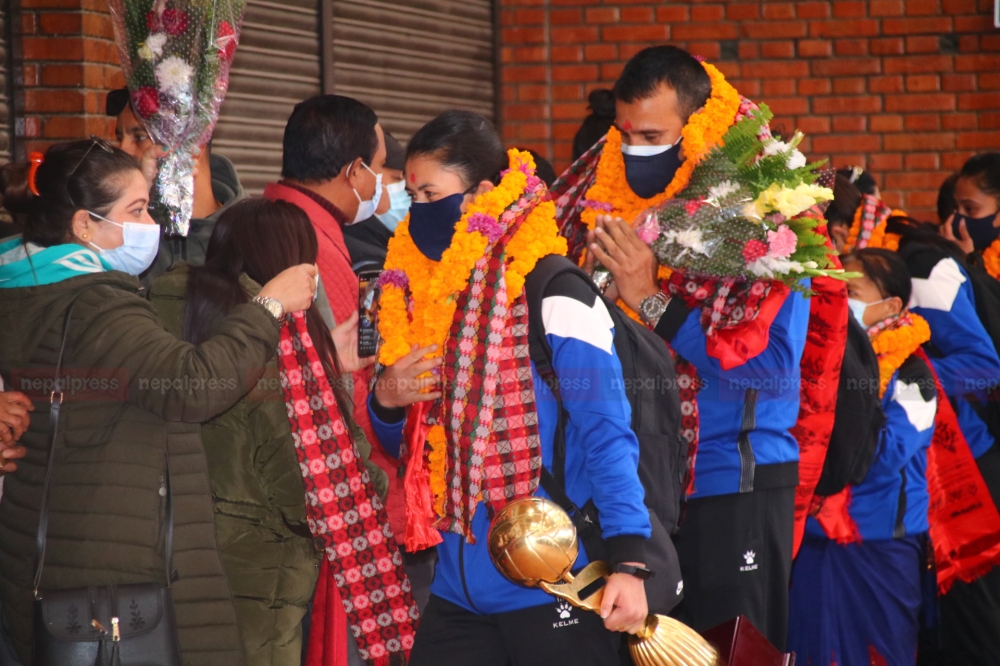 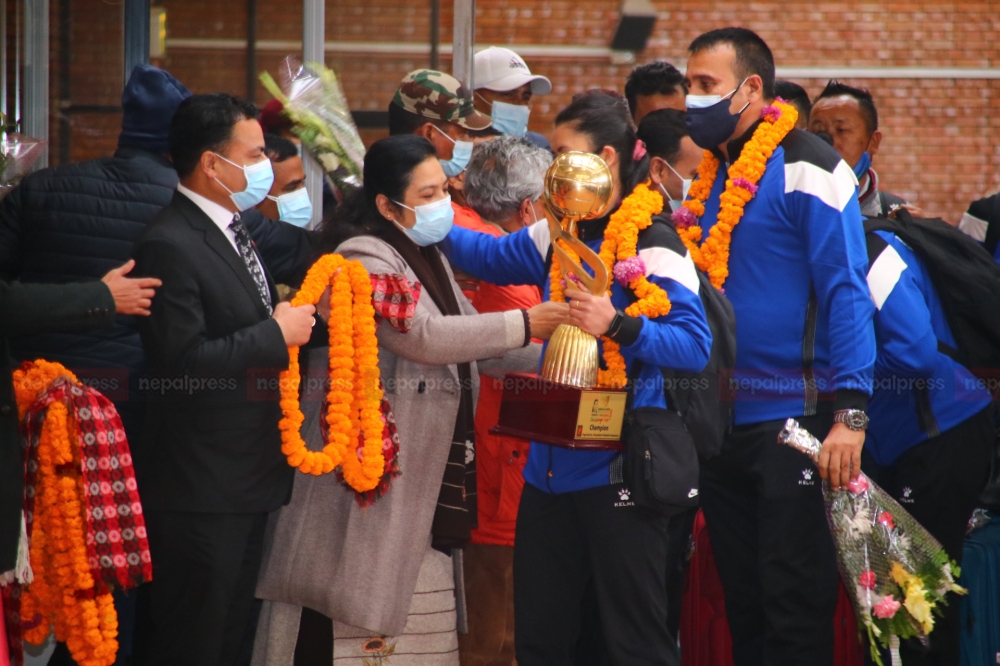 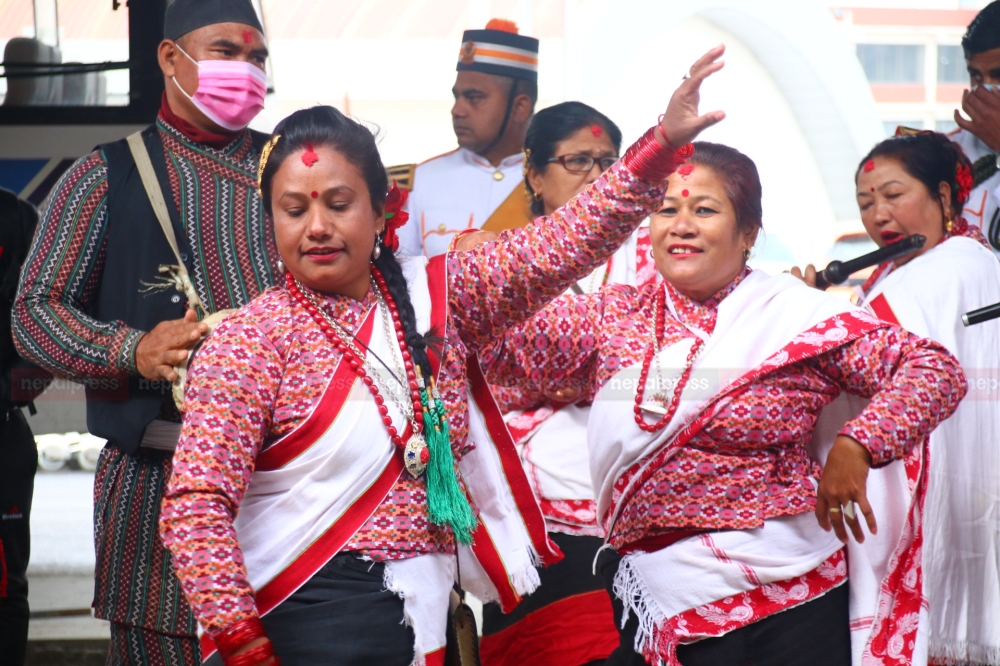 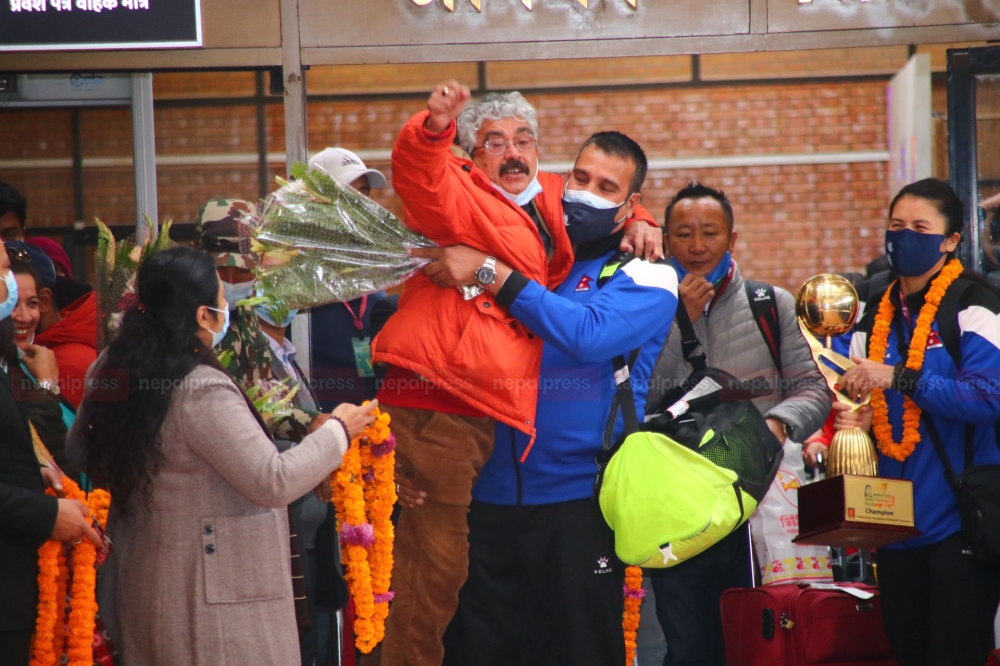 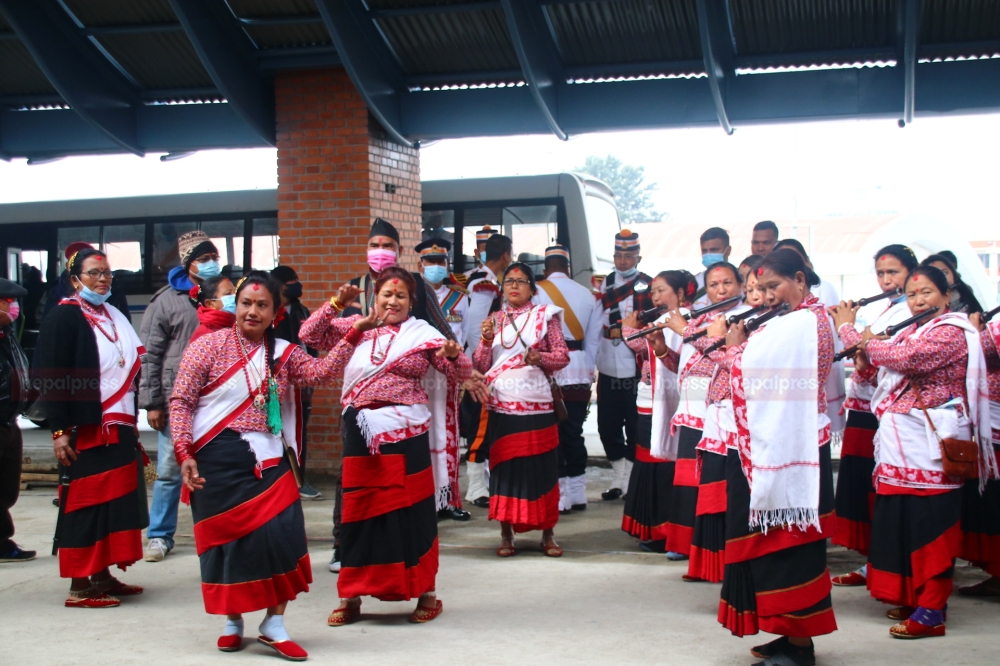