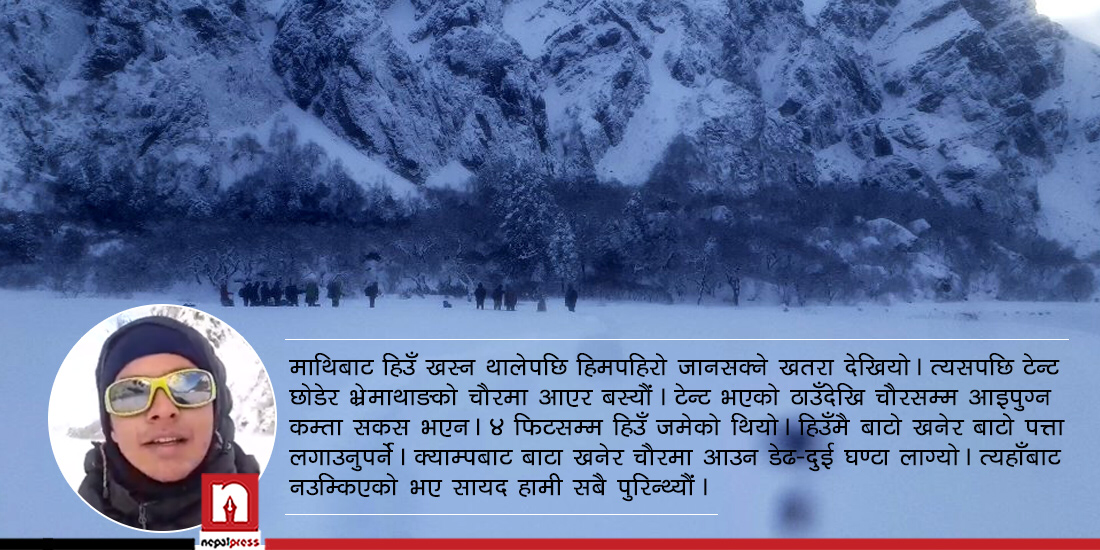 KATHMANDU: A team of Asian Development Bank (ADB), who were trapped in snow at Bhremathang in Helambu of Sindhupalchok for the past three days, were rescued on Thursday.

A team of 16 persons, who had gone to Bhremathang, the source of Melamchi Drinking Water Project, to carry out study of landslides, were trapped in the snow.

A helicopter of Shree Airlines rescued them today.

Sonam Lama, an official at the Asian Development Bank, said that five members of the team were rescued and brought to Kathmandu today.

He said that others have been kept in Tarkeshwor of Helambu Rural Municipality.

The source of the Melamchi Drinking Water Project was damaged when an avalanche hit Helambu on June 15.

The team of Asian Development Bank had gone to the source of the drinking water to carry out a study of the same thing.

Asian Development Bank is the donor of the Melamchi Drinking Water Project.

The team of ADB had reached Bhumrethang on December 23.

They were staying in tents in Bhumrethang. They spend a night in the tents. But the avalanche swept away their tents on Wednesday.

They left their tents at around 12 pm yesterday when the snow started to cover their tents.

“We were trapped in the snow for two days. The avalanche swept away our tents. We stayed in a cave and managed to save ourselves. We spend our whole day without food in the cave,” Sonam said.

He said that the temperature dropped to minus 25 degree Celsius when they were staying in the cave.

Five among the 16 persons, who were not in good health, were rescued by a helicopter at around 10 am today and brought to Kathmandu. 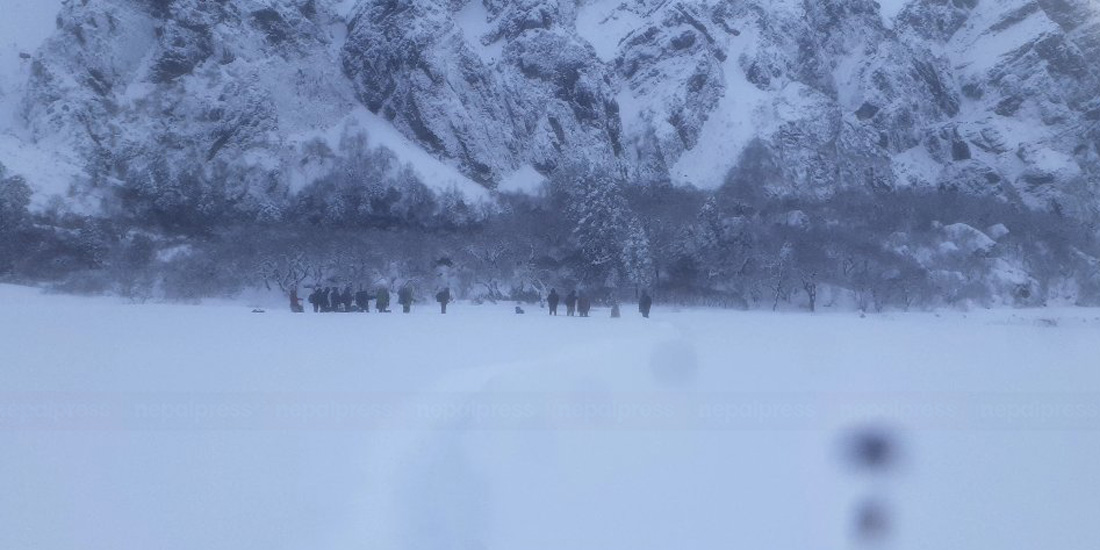 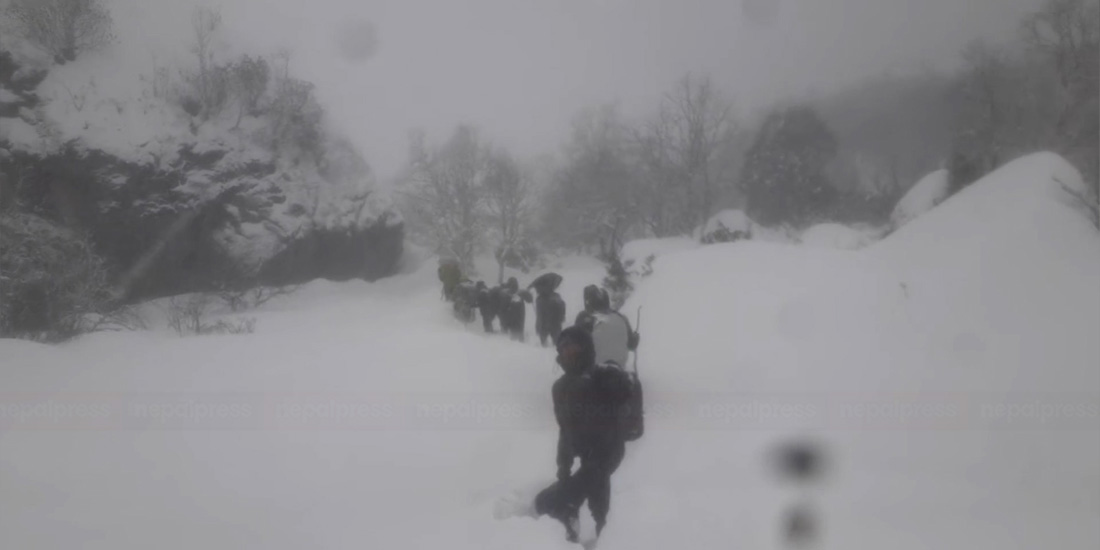 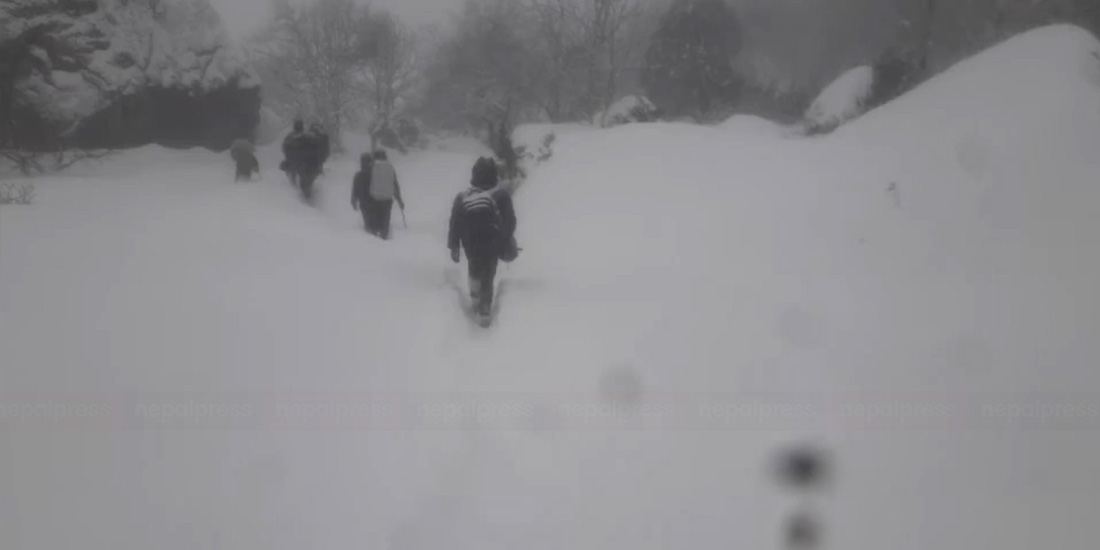 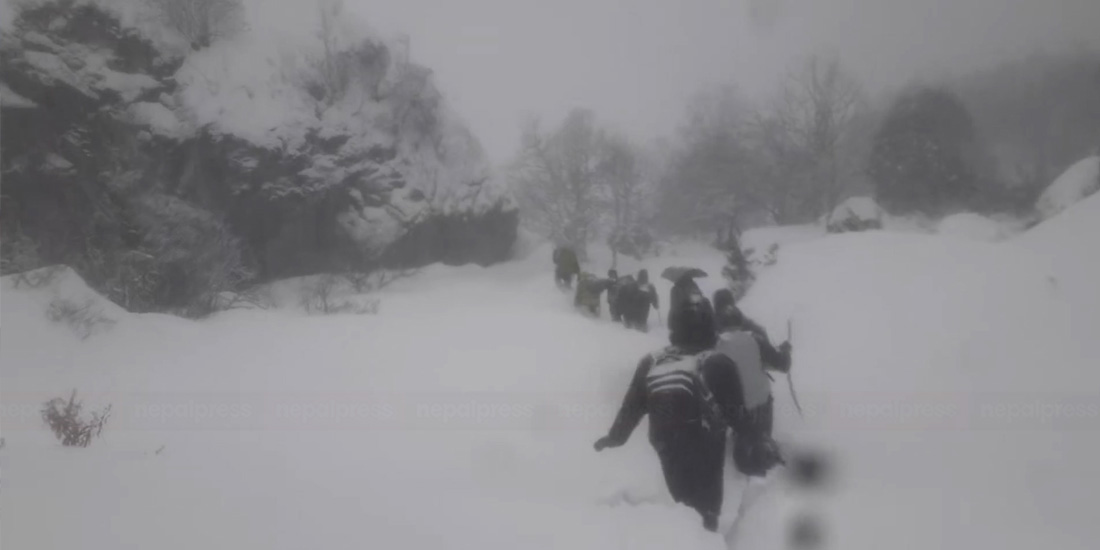