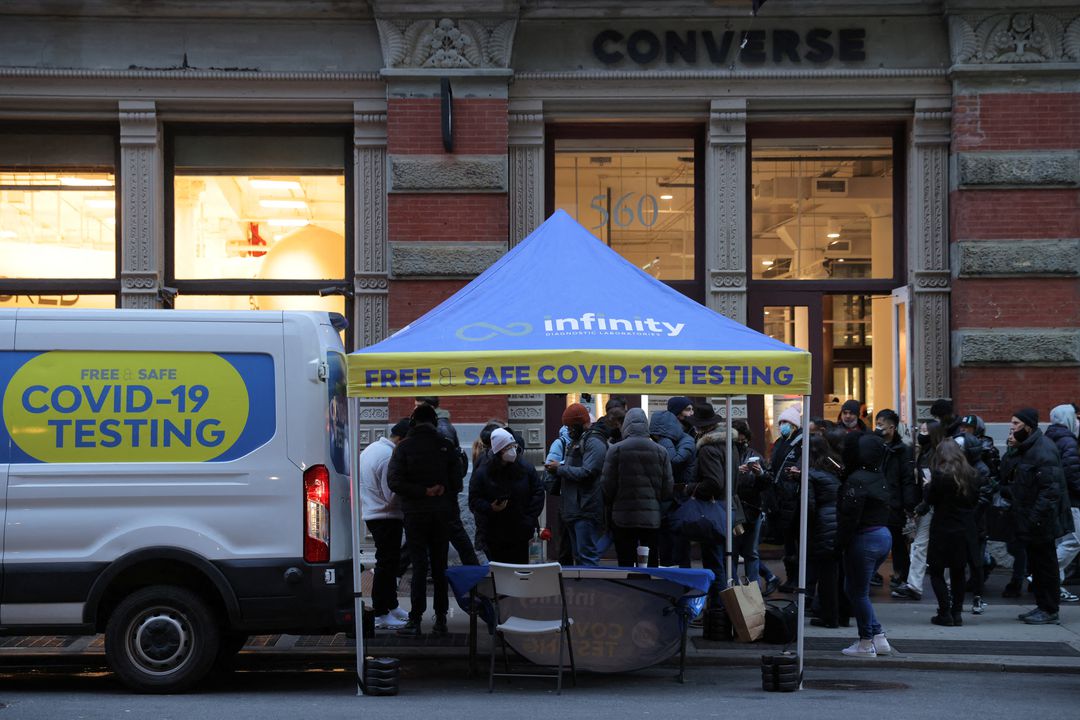 The average number of daily COVID-19 cases in the United States has hit a record high of 258,312 over the past seven days, according to a Reuters tally, Reuters reported.

The previous peak for the seven-day moving average was a figure of 250,141 recorded on Jan. 8 of this year.

States showing the highest daily infection numbers on Tuesday included New York, which reported as many as 40,780 cases, and California, which reported over 30,000. Texas reported more than 17,000 cases and Ohio over 15,000.

The Omicron variant was estimated to make up 58.6% of the coronavirus variants circulating in the United States as of Dec. 25, according to data from the U.S. Centers for Disease Control and Prevention (CDC) on Tuesday.