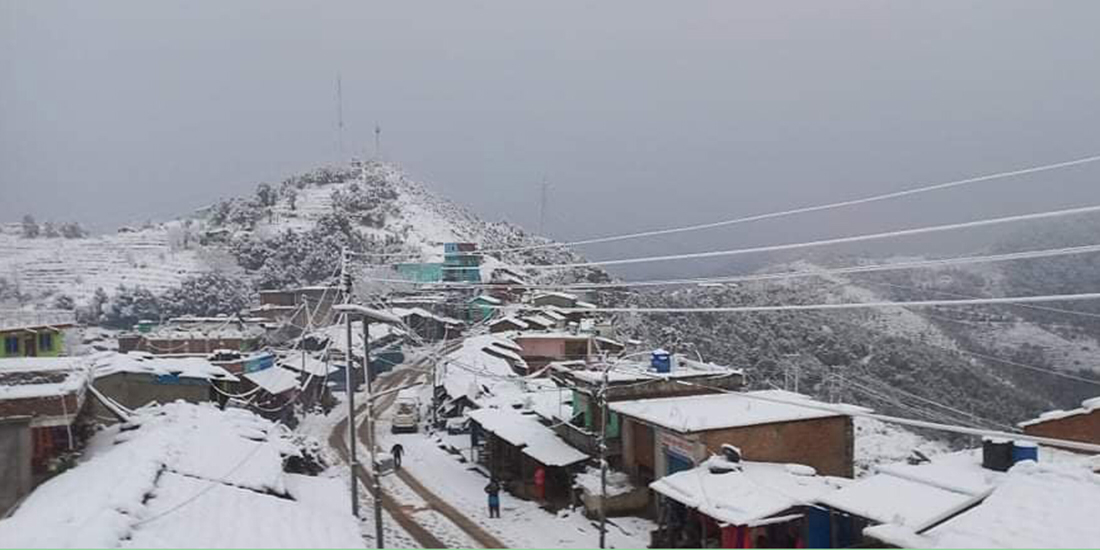 KAILALI: Vehicular movement along the Bhimdutta Highway which connects seven hilly districts of the Far-West has been obstructed following the snowfall.

According to the Province Traffic Police Office, Attariya, snowfall has obstructed the roads in Sahukharka and Hagulte of Dadeldhura and Khodpe of Baitadi.

Police Inspector Rajendra Bahadur Singh said that preparations are being made to resume the vehicular movement by removing the snow on those areas.