Prohibitory order issued in some areas of Sarlahi 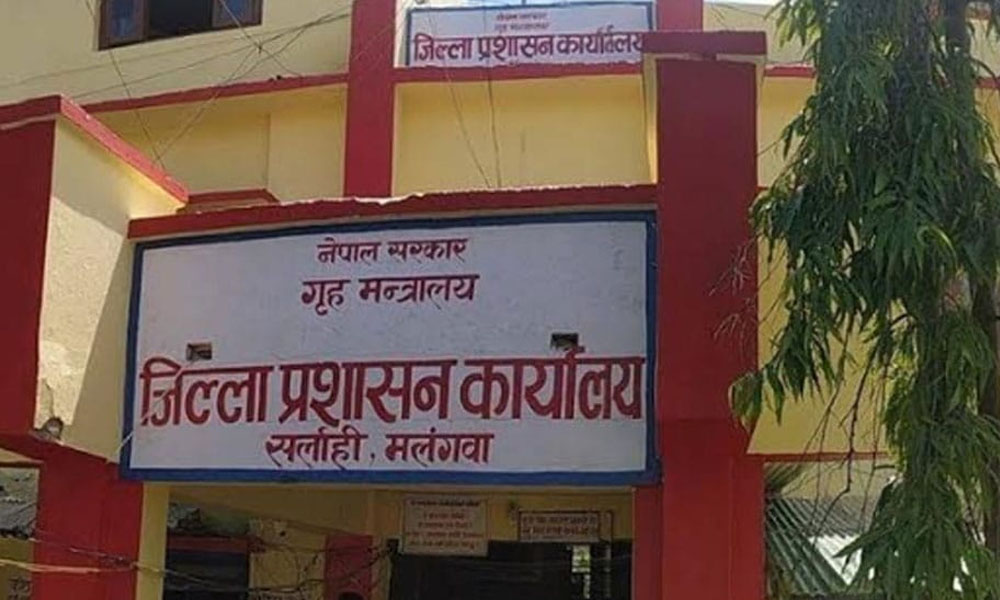 KATHMANDU: The District Administration Office, Sarlahi has issued a prohibitory order in some areas of Ishworpur Municipality to avert any untoward incidents.

Earlier on Sunday night, Ram Kumar Mahato, a trader of Ishworpur Municipality-5, died after being hit by a vehicle (Na 1 Jha 869) belonging to the Area Police Office, Kesharjung.

Critically injured in the incident, Mahato was taken to a nearby hospital where he breathed his last during the course of treatment.

The local administration said that the prohibitory order will come into effect from 3 pm today till 7 pm tomorrow.

During that period, people will not be allowed to walk outside, gather and hold political assemblies, Chief District Officer Baburam Khatiwada said.