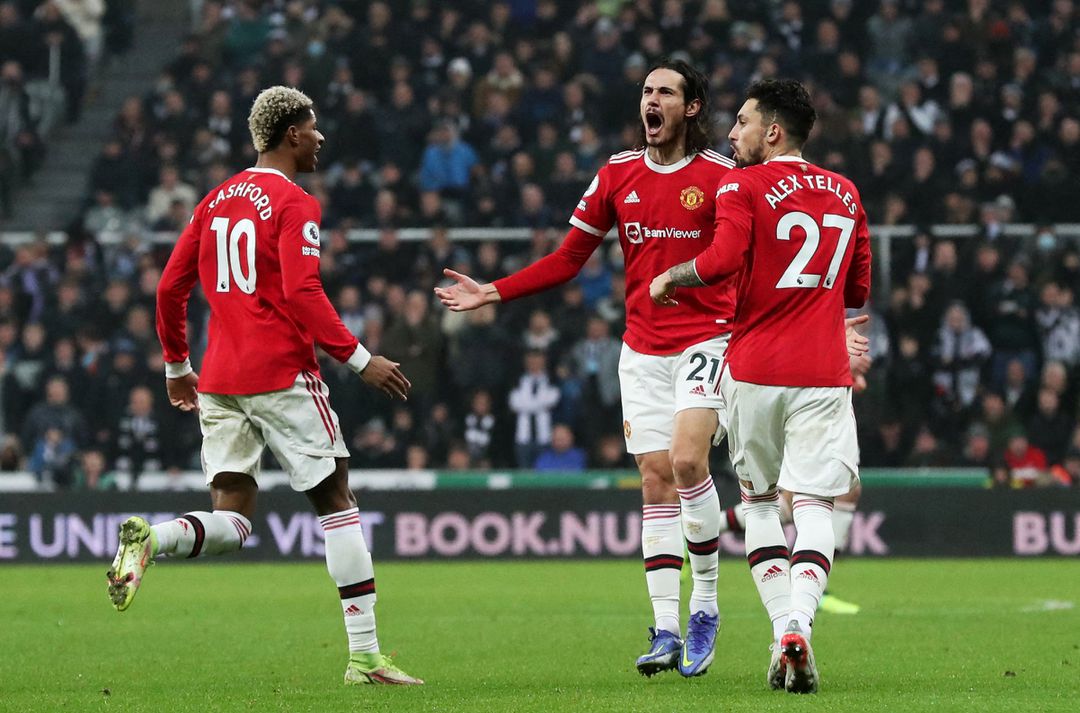 Substitute Edinson Cavani scored in the second half to help Manchester United salvage a 1-1 draw at struggling Newcastle United in the Premier League on Monday, Reuters reported .

The result stretched Manchester United interim manager Ralf Rangnick’s unbeaten start to four games in all competitions but the German will hardly be pleased by a toothless performance with goalkeeper David De Gea rescuing the visitors.

Cavani netted an opportunist 71st-minute equaliser after Allan Saint-Maximin gave the home side a seventh-minute lead with a fine individual effort, side-stepping two markers before he fired past De Gea.

The result left United seventh in the standings on 28 points from 17 games, behind sixth-placed West Ham on goal difference. Newcastle stayed 19th on 11 points from 19 matches.

Saint-Maximin, who tormented United’s shaky defence all evening, beat De Gea with an off-balance shot as he weaved his way into the penalty area.

The visiting goalkeeper kept a lethargic Manchester United afloat with an array of good saves as Newcastle always looked dangerous on the break, with home striker Callum Wilson having a goal ruled out for offside in the 38th minute.

Saint-Maximin spurned a sitter early in the second half with a scuffed shot from five metres and De Gea made two stops in quick succession, keeping out the Frenchman’s low drive before he blocked Jacob Murphy’s close-range effort.

The home side were punished for their misses as Cavani squeezed a snap shot past keeper Martin Dubravka at the second attempt after his initial shot was blocked following a Diogo Dalot cross from the right.

United barely survived a late Newcastle onslaught as Murphy hit the post and De Gea clawed Miguel Almiron’s shot on the rebound out of the top corner.

Newcastle have now won only one of their eight games under manager Eddie Howe, although they did end a three-game losing streak.