A brand new trailer for ‘The Batman’ is here 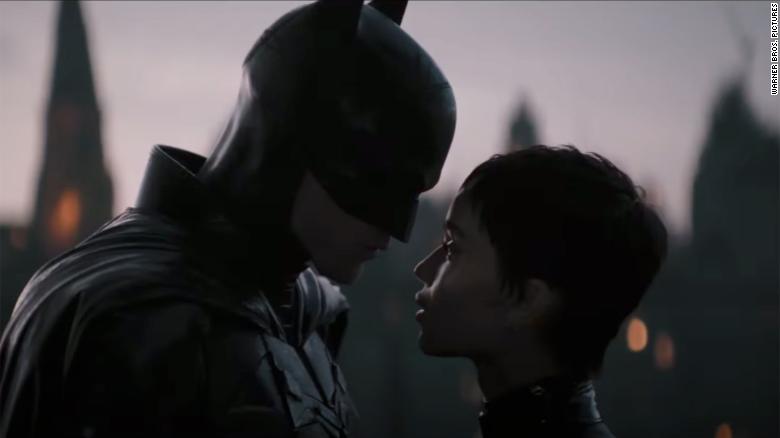 The Batman” has a new action-packed trailer.

The upcoming DC film, starring Robert Pattinson as Batman and Zoë Kravitz as Catwoman, shows Batman trying to defeat The Riddler, played by Paul Dano. The new trailer also focuses on the growing relationship between Batman and Catwoman, CNN reported.
“Two years of stalking the streets as the Batman, striking fear into the hearts of criminals, has led Bruce Wayne deep into the shadows of Gotham City,” reads the official synopsis of the movie. “With only a few trusted allies, Alfred Pennyworth, Lt. James Gordon, amongst the city’s corrupt network of officials and high-profile figures, the lone vigilante has established himself as the sole embodiment of vengeance amongst his fellow citizens.”
Also among the cast are Andy Serkis as Pennyworth, Jeffrey Wright as GCPD’s James Gordon, John Turturro as Carmine Falcone, Peter Sarsgaard as Gotham D.A. Gil Colson, and Colin Ferrell as Oswald Cobblepot/Penguin.
The movie is directed by Matt Reeves, who also penned the screenplay with Peter Craighe.
“The Batman” is scheduled for release on March 4, 2022, exclusively in theaters.