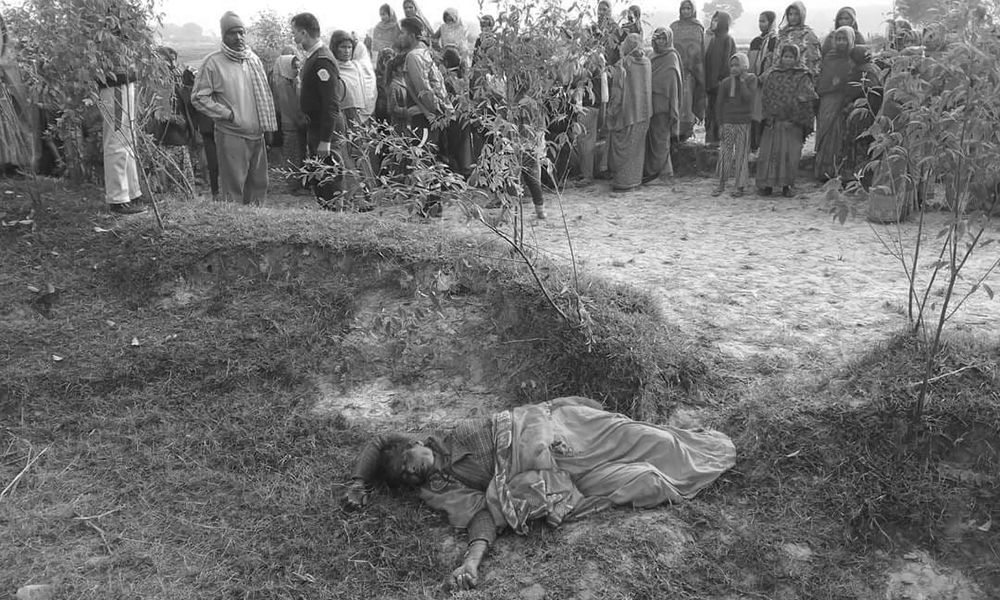 RAJBIRAJ: A woman was found murdered at Barahi Birpur of Chhinnamasta rural municipality-1 in Saptari on Monday.

The deceased has been identified as Bhutani Devi Yadav (50).

The woman, spouse of Jamahar Yadav, left her home in the morning, citing that she was going to a paddy field to dispose of ashes. Later her body was found with her throat slit. She was also hit by a beer bottle in course of her assassination.

Deputy Superintendent of Police Madhav Prasad Kafle said a police squad has already reached the site to respond to the crime and further details are awaited. RSS