Reaction to the death of South Africa’s Desmond Tutu 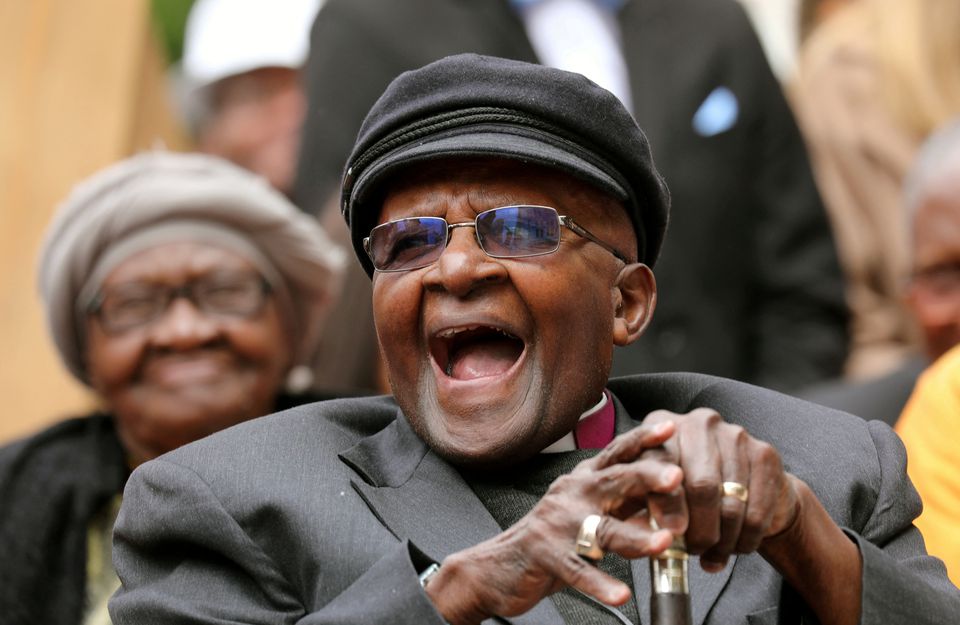 Following are reactions to his death.

“The passing of Archbishop Emeritus Desmond Tutu is another chapter of bereavement in our nation’s farewell to a generation of outstanding South Africans who have bequeathed us a liberated South Africa.

“Desmond Tutu was a patriot without equal; a leader of principle and pragmatism who gave meaning to the biblical insight that faith without works is dead.”

“On this morning after Christmas, we are heartbroken to learn of the passing of a true servant of God and of the people, Archbishop Desmond Tutu of South Africa.”

“His courage and moral clarity helped inspire our commitment to change American policy toward the repressive Apartheid regime in South Africa.”

“Archbishop Desmond Tutu was a fervent, vocal opponent of apartheid and committed champion of human rights. He inspired millions, not just in South Africa, but worldwide to stand with those fighting for freedom and justice.”

“Desmond Tutu’s legacy is moral strength, moral courage and clarity. He felt with the people. In public and alone, he cried because he felt people’s pain. And he laughed – no, not just laughed, he cackled with delight when he shared their joy.”

“His contributions to struggles against injustice, locally and globally, are matched only by the depth of his thinking about the making of liberator futures for human societies. He was an extraordinary human being. A thinker. A leader. A shepherd.”

“His Holiness Pope Francis was saddened to learn of the death of Archbishop Desmond Tutu… Mindful of his service to the gospel through the promotion of racial equality and reconciliation in his native South Africa, his Holiness commends his soul to the loving mercy of Almighty God.”

“Archbishop Desmond Tutu was a mentor, a friend and a moral compass for me and so many others. A universal spirit, Archbishop Tutu was grounded in the struggle for liberation and justice in his own country, but also concerned with injustice everywhere.

“He never lost his impish sense of humour and willingness to find humanity in his adversaries, and Michelle and I will miss him dearly.”

“I am joined by the whole Royal Family in being deeply saddened by the news of the death of Archbishop Desmond Tutu, a man who tirelessly championed human rights in South Africa and across the world. I remember with fondness my meetings with him and his great warmth and humour.”

“I am deeply saddened by the passing of Archbishop Desmond Tutu – a towering global figure for peace & justice, voice of the voiceless & inspiration to people everywhere.

“No words better exemplify his ministry than the three he contributed to a work of art at The Carter Center: Love, freedom and compassion.”

“A true South African giant has left us today, but his spirit will live on … in our continued effort to build a united, successful, non-racial South Africa for all … When we lost our way, he was the moral compass that brought us back.”