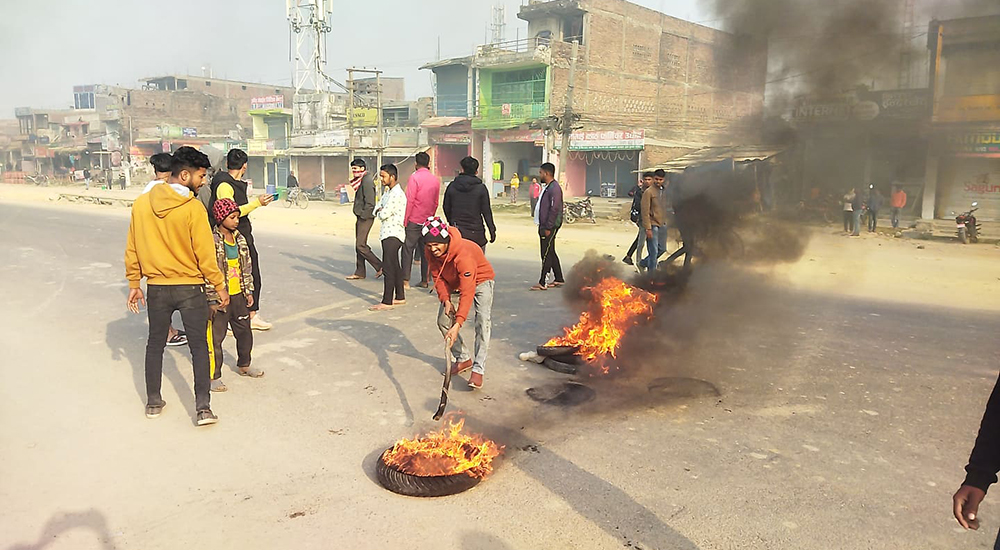 JANAKPURDHAM: The District Administration Office, Siraha issued a prohibitory order to thwart chakkajam announced by the Janamat Party led by CK Raut in the areas along the East-West Highway for two days.

Chief District Officer Lalbabu Kawari issued the prohibitory order from 5 am to 7 pm on Tuesday and Wednesday.

During that period, people are not allowed to walk outside, gather and hold political assemblies.

The prohibitory order has been issued from Balan River in the east to Kamala River in the west and from Choharba to PK Raj Enterprises.

The Janamat Party had announced phase-wise protest programmes demanding that the authority withdraw a case filed against farmers of Aurahi Rural Municipality for robbing wheat seeds, release of arrested farmers and carry out investigation against rural municipality Chairman Siddhartha Yadav on corruption case among others.

The party, which had imposed general strike in Siraha district, enforced chakkajam in the district on Monday.

The agitators  torched a truck and vandalised a dozen of vehicles on Sunday.

Police had arrested 14 cadres of the Janamat Party while trying to enforce bandh in the district.