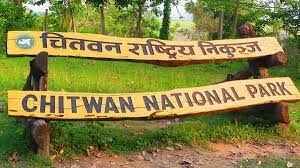 According to him, the highest number of visitors was recorded in the Nepali month of Kartik (mid-October to mid-November). As many as 20, 506 visitors visited the national park in Kartik, followed by 19, 580 in Mangsir (mid-November to mid-December).

CNP has collected over Rs 12 million entry fee from the visitors so far, Tiwari said.