Maoist General Convention: Focused on policy rather than leadership 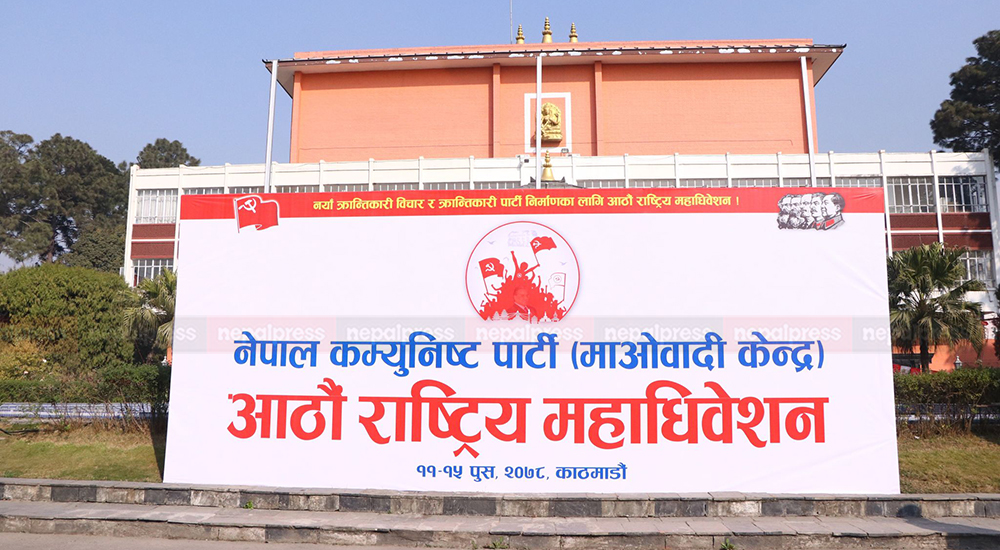 Representatives and observers from all seven provinces and three non-territorial provinces are participating in the General Convention.

Chairman Pushpa Kamal Dahal Prachanda’s political report, legislation and other documents will be presented at the conference.

A program has been developed to discuss these reports in 20 different groups. Arrangements for group discussion have been made in all the halls of Pragya Pratisthan and at the party’s central office in Paris Danda.

As soon as the inaugural session is over, discussions on political reports and legislation will begin. There is also a leadership selection program. So far, there is no clear blueprint for the Eighth General Convention to select the Central Committee and select the office bearers from it or follow the election process in its entirety.

A total of 1,631 delegates will be represented at the conference including 1,483 selected through regular process and 148 nominated.

According to the UCPN (M) central office, there are 179 participants from the organizing committee. Similarly, 149 delegates have been elected from the advisory council, 125 from the senior communist forum, 102 from the central department, 27 from the central delegates and 803 from the provincial delegates. Similarly, 96 participants from Province 1, 106 from Province 2, 128 from Bagmati, 74 from Gandaki, 105 from Lumbini, 87 from Karnali, 84 from Far West, 34 from abroad, 42 from the special zone and 83 from liaison coordination have been arranged.

For the first time, the party has decided to give a special role to women, Dalits, Janajatis and Adivasi communities in the central committee as per the constitutional provision. Women have been allotted a share equal to 35 percent. RSS