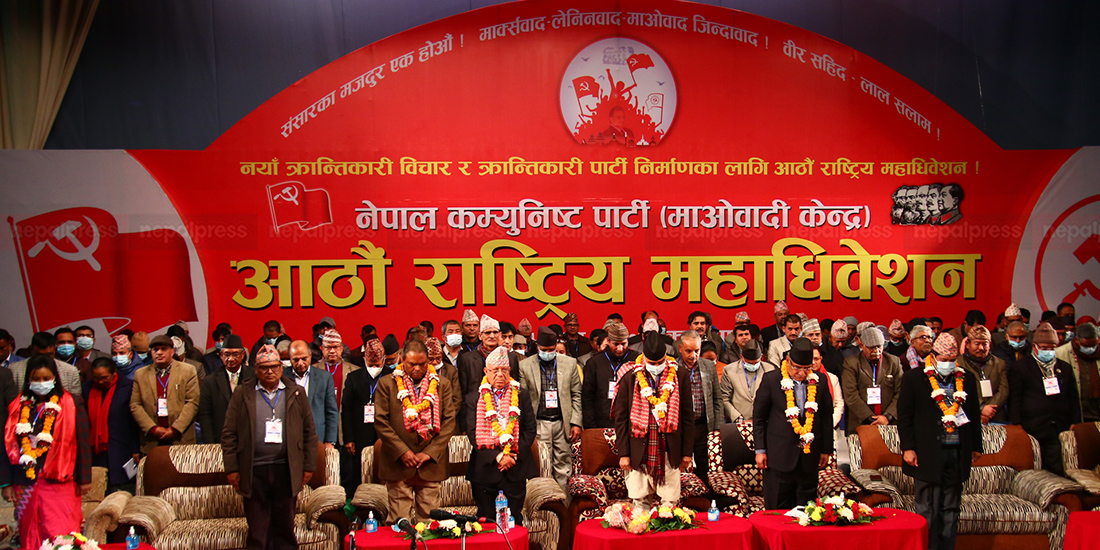 KATHMANDU: The 8th general convention of CPN(Maoist Centre) kicked off at Nepal Academy Hall in Kathmandu on Sunday.

More than 1,600 representatives from across the country took part in the convention which will elect the new leadership of the party.

Leaders of the various political parties including Prime Minister and President  of the Nepali Congress Sher Bahadur Deuba attended the inauguration ceremony of the party’s general convention.

CPN-UML Chairman KP Sharma Oli, however, did not attend the general convention.

It has been learnt that party Chairman Pushpa Kamal Dahal had invited Oli, who had reached his hometown in Jhapa for the party work, through telephone this afternoon.

However, UML General Secretary Shankar Pokharel attended the programme on behalf of the party.

Earlier, the party had decided to rename its ‘National Conference’ as the ‘General Convention’. 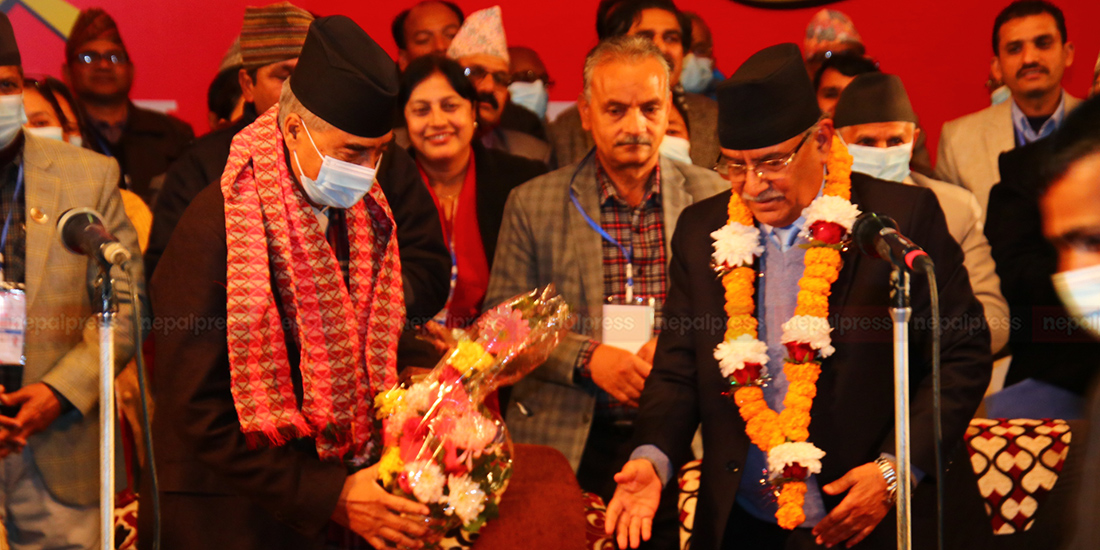 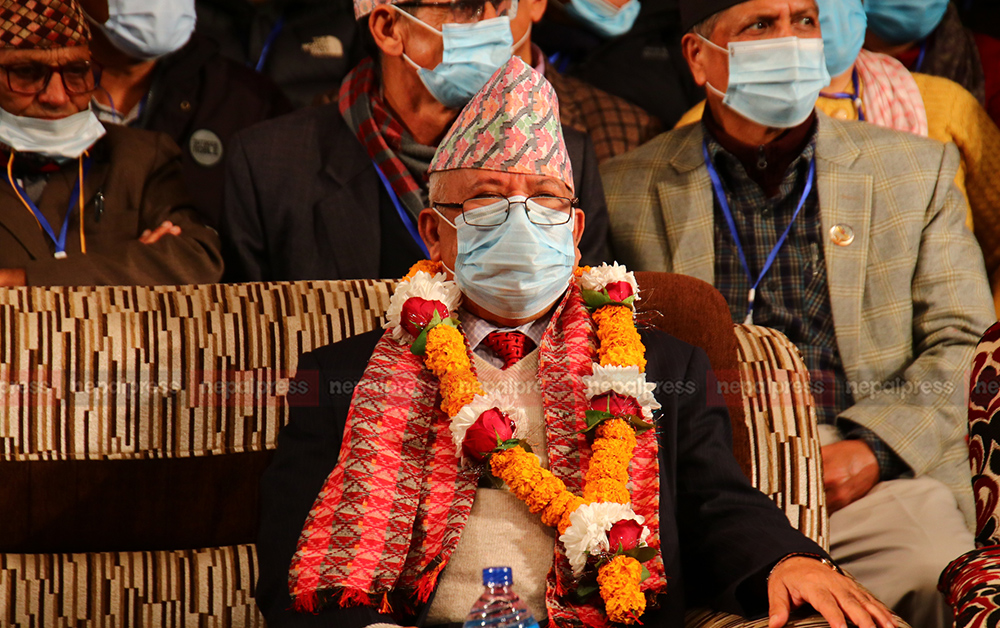 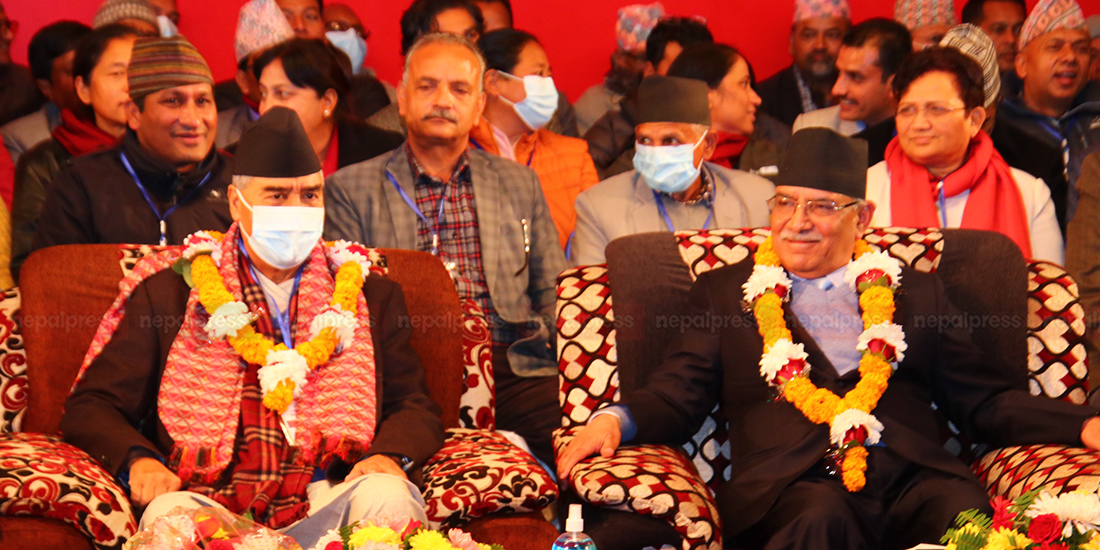 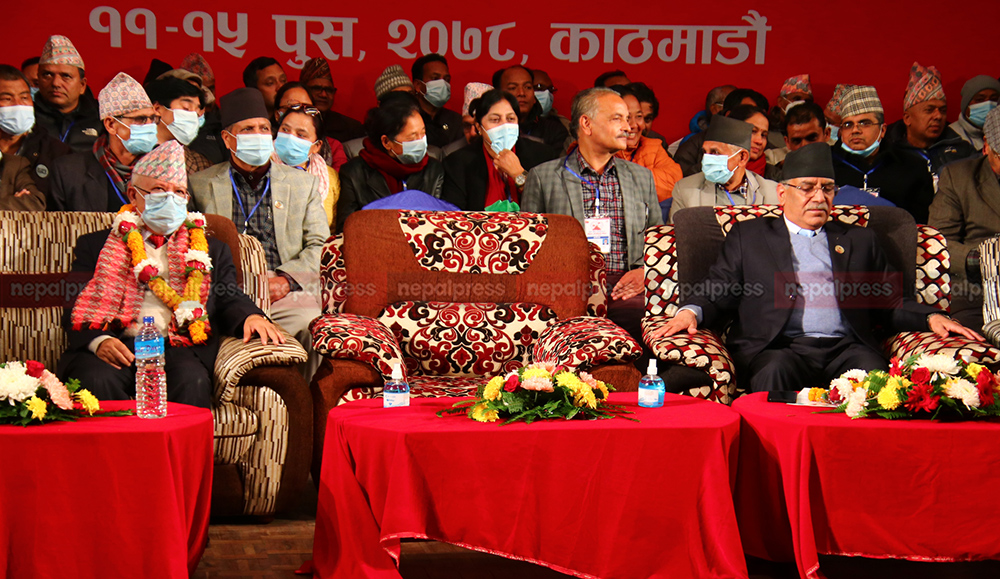 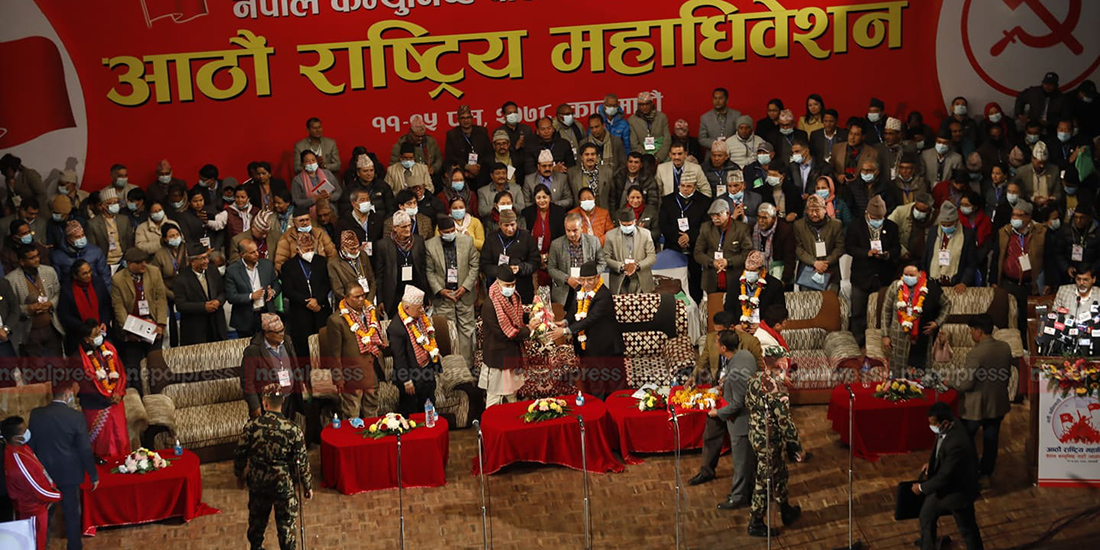