41 killed in attack by armed groups in Burkina Faso 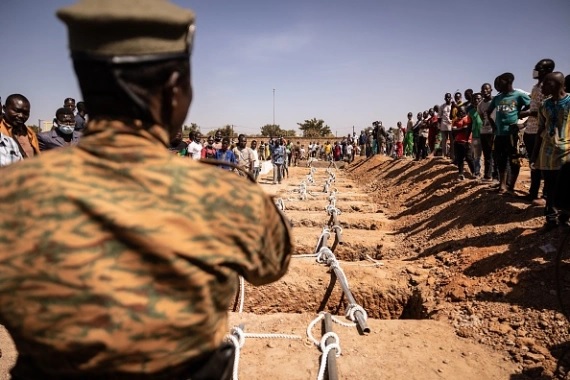 Dozens of people have been killed in an attack by armed groups in Burkina Faso’s troubled north, Aljazeera reported.

The government announced that 41 people had died in the attack that took place on Thursday.

In a statement released late on Saturday, the government said the dead included members of a government-backed civilian self-defence force known as the Volunteers for the Defence of the Motherland (VDP), set up to support the army.

According to local media, the ambush targeted a convoy of traders escorted by VDP near Ouahigouya, a town not far from the Mali border.

Among the victims was Ladji Yoro, considered a leader of the VDP in Burkina Faso, the government said, adding that the identification of the victims was still under way.

Armed groups have driven religious and ethnic tensions between farming and herding communities in Mali, Burkina Faso, and Niger to boost recruitment among marginalised communities.

Saturday’s attack was the deadliest since mid-November when 57 people, including 53 gendarmes, were killed in an attack on a gendarmerie post.

Burkina Faso’s ill-equipped army has struggled to contain the spread of violence.

Last year, the government enlisted the help of volunteer militiamen to help the army but they have incurred retaliation by the rebels who attack them and the communities they help.

At least 2,000 people have been killed in the fighting and 1.4 million displaced.

Burkina Faso is also facing a political vacuum in the face of the escalating security crisis.

Anger at the security situation has spilled over since the attack in November, leading to street protests. The public was also enraged by news that the troops had gone two weeks without food rations.

Last week, UN agencies said the worsening violence in the wider Sahel region has led to one of the world’s most acute humanitarian crises.