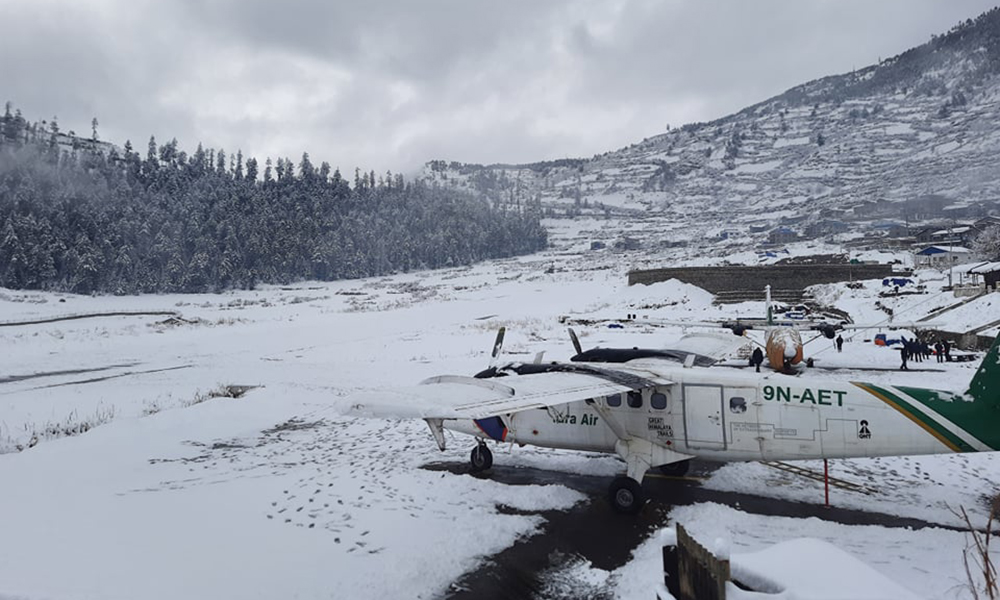 SIMIKOT: Normal life in Humla, the Himalayan district, has been affected due to heavy snowfall since this morning.

Simikot, the district headquarters of Humla, has been covered with more than one foot of snow.

With the snowfall compounded with a chilling cold since this morning has affected the daily lives of the people.

It has been learnt that lives in Hilsa, Nara and Nyalu of Namkha Rural Municipality have been affected the most.

Transportation to the district has also been affected due to the continuous snowfall.

The temperature was recorded at minus 8 degree Celsius in Humla.