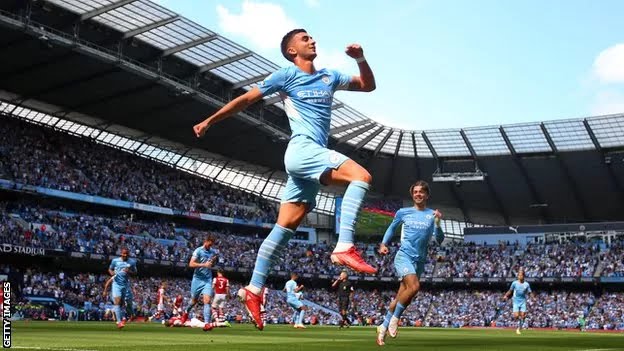 The Spanish club are able to fund the deal despite their current financial troubles thanks to a recent bank loan.

However, they will not be able add Torres to their squad unless they sell some players in order to comply with La Liga financial fair play regulations.

Spain international Torres, who has made 43 appearances and scored 16 goals for City since joining from Valencia in August 2020, has also agreed to the transfer.

He started City’s opening six matches of the season but was dropped to the bench for the goalless draw against Southampton in September and has not featured at all since suffering a foot injury on international duty with Spain the following month.

Barcelona have told Torres he will be the star of the side – something that appeals to him – and are prepared to match City’s valuation of the player. The Catalan side believe he will become one of Spain’s best players in the next decade alongside Barca teenager Ansu Fati.

They are short on forward players after their financial issues meant they were unable to keep hold of Argentine superstar Lionel Messi, and allowed Antoine Griezmann to rejoin Atletico Madrid over the summer. Former City striker Sergio Aguero joined Barca, but was forced to retire from football earlier this month aged 33 because of a heart condition.

Manager Ronald Koeman was sacked in Octoberwith the club ninth in La Liga after collecting just 15 points from their opening 10 games.

He was replaced last month by club legend Xavi, who has won three of his first eight matches in charge in all competitions so far, but could not stop Barca exiting the Champions League after the group stage.