Coalition will not fracture because of MCC: CPN (MC) Chair Dahal 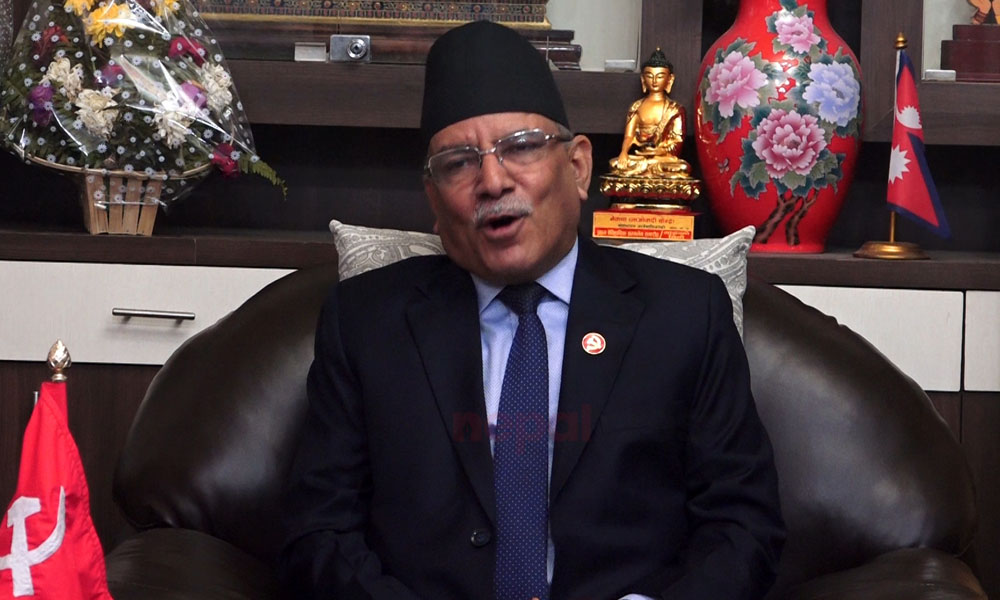 KATHMANDU: CPN (Maoist Centre) Chairman Pushpa Kamal Dahal said that the five-party alliance would not fall apart because of the Millennium Challenge Corporation (MCC), an American grant under which Nepal will receive $500 million.

He reiterated that the MCC will not be ratified in its existing form.

During an interview with the News Agency Nepal (NAN), the Maoist Chairman Dahal stressed on forging national consensus on the MCC.

“The coalition will not fracture due to the MCC. The Prime Minister has also understood this issue. I don’t think we have to face the unnecessary pressure,” he said.

He made it clear that there is no situation in the country to reject foreign aid or grants.

On a different note, Dahal said that he made the right decision on the issue of UML-Maoist unification.

“I had floated a proposal to unify the party. I don’t have any regrets. I think I made a good decision,” he said, adding, “I thought that the unification of two communist parties would bring political stability in the country.”

Dahal said that he and CPN-UML Chairman Oli had agreed to run the government on a rotational basis during the party unification process. But Oli broke the agreement, he said.