One dead, dozens missing after landslide at Myanmar jade mine 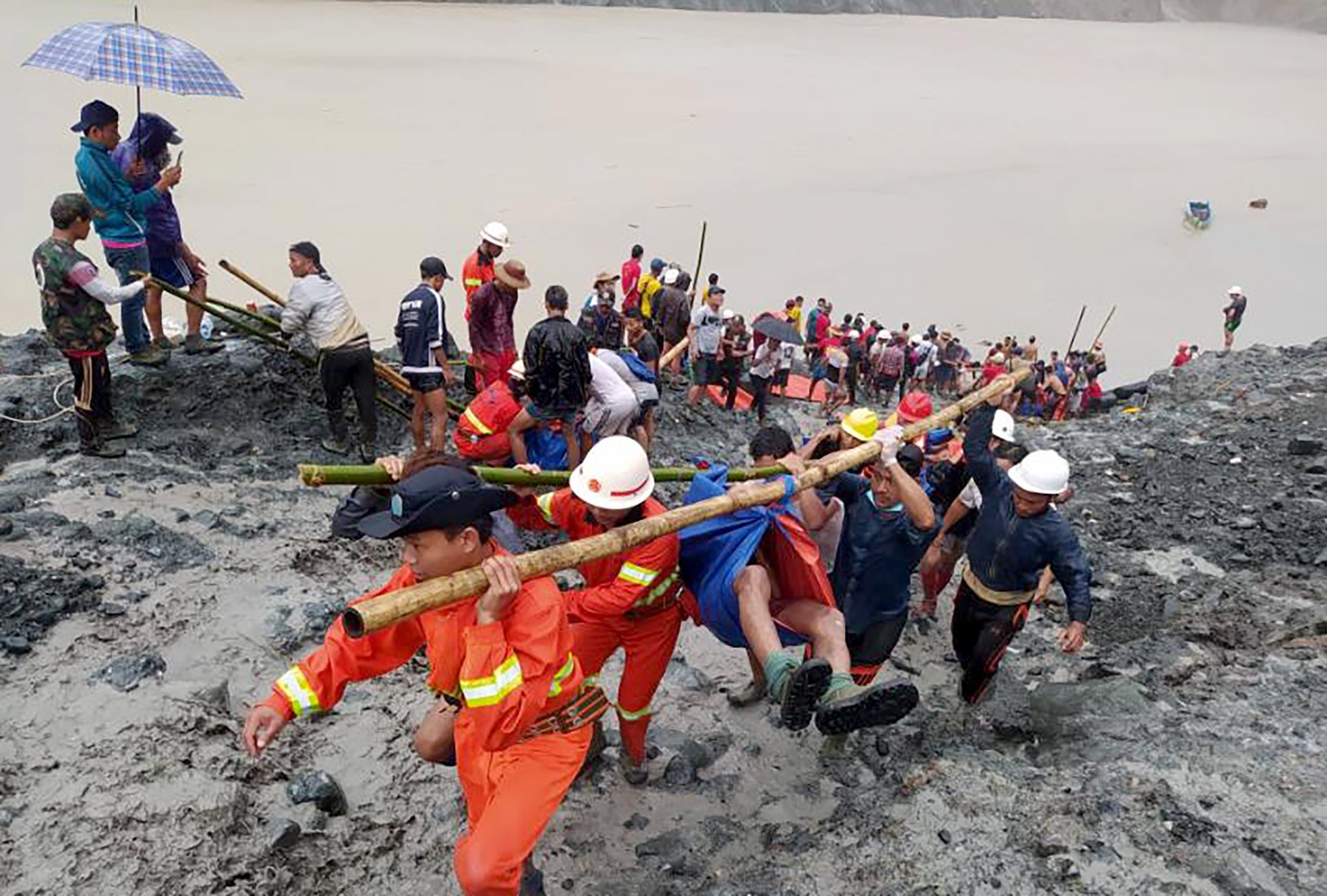 At least one person has been confirmed dead and up to 100 others reported missing following a landslide at a jade mine in northern Myanmar, according to rescue workers, Aljazeera reported.

Ko Nyi, a member of the rescue team, told AFP news agency that “about 70-100 people are missing in a landslide that happened around 4am” on Wednesday at the Hpakant mine in Kachin state.

About 200 rescuers were searching to recover bodies, and some were using boats to search for the dead in a nearby lake, he added.

A photo posted on social media by a local journalist who said he was at the scene showed dozens of people standing on the edge of the lake, with some launching boats into the water.

Local outlet Kachin News Group said 20 miners had been killed in the landslide.

Myanmar’s fire services said its personnel from Hpakant and nearby town of Lone Khin were involved in the rescue effort but gave no figures of dead or missing.

Dozens die each year while working in Myanmar’s highly lucrative but poorly regulated jade industry, which uses low-paid migrant workers to scrape out a gem highly coveted in neighbouring China. The fight to control the mines and the revenues frequently traps local civilians in the middle, with a rampant drug and arms trade further complicating the conflict.

Economic pressures due to the COVID-19 pandemic have drawn more migrants to the jade mines even as conflict has flared since Myanmar’s military seized power in a coup in February.

The overthrown government of Nobel laureate Aung San Suu Kyi had pledged to clean up the industry when it took power in 2016, but activists say little has changed.

Myanmar produces 90 percent of the world’s jade. Most comes from Hpakant, where rights groups say mining firms with links to military elites and ethnic armed groups make billions of dollars a year.

The February coup also effectively extinguished any chance of reforms to the dangerous and unregulated industry, watchdog Global Witness said this year.

The anti-corruption watchdog said that given the military’s control of the sector, luxury jewellers risk funding military abuses in Myanmar.