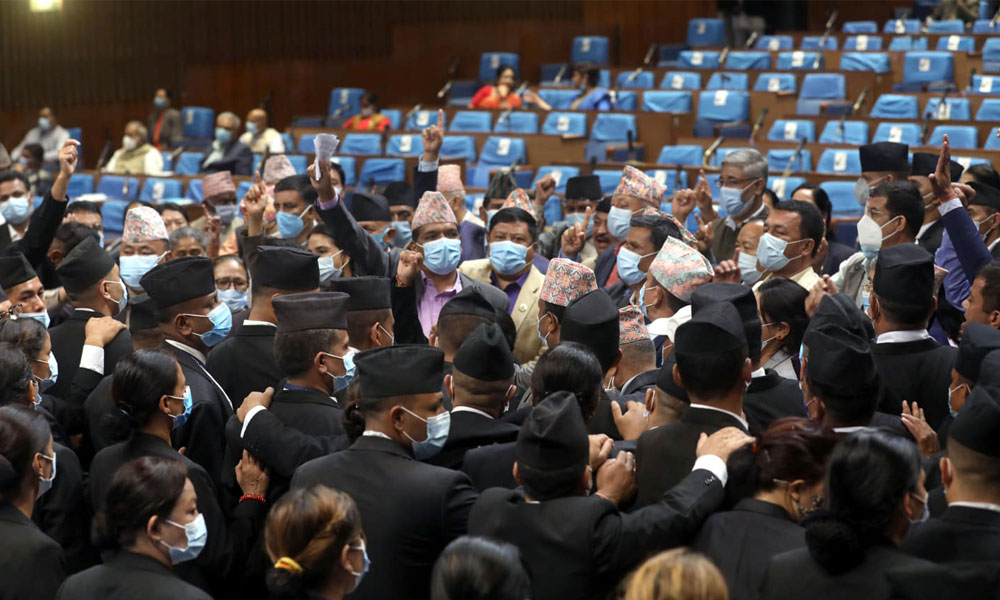 KATHMANDU: A meeting of the House of Representatives on Wednesday endorsed four ordinances on amid protest for the main opposition CPN-UML.

The UML lawmakers resorted to sloganeering as soon as Speaker Agni Prasad Sapkota announced the commencement of the House proceedings.

Earlier on December 3, UML Chairman KP Sharma Oli had said that his party would continue obstructing the House proceedings until the 14 lawmakers expelled by his party attend the Parliament meetings.

The next meeting has been scheduled for 1 pm on January 2.