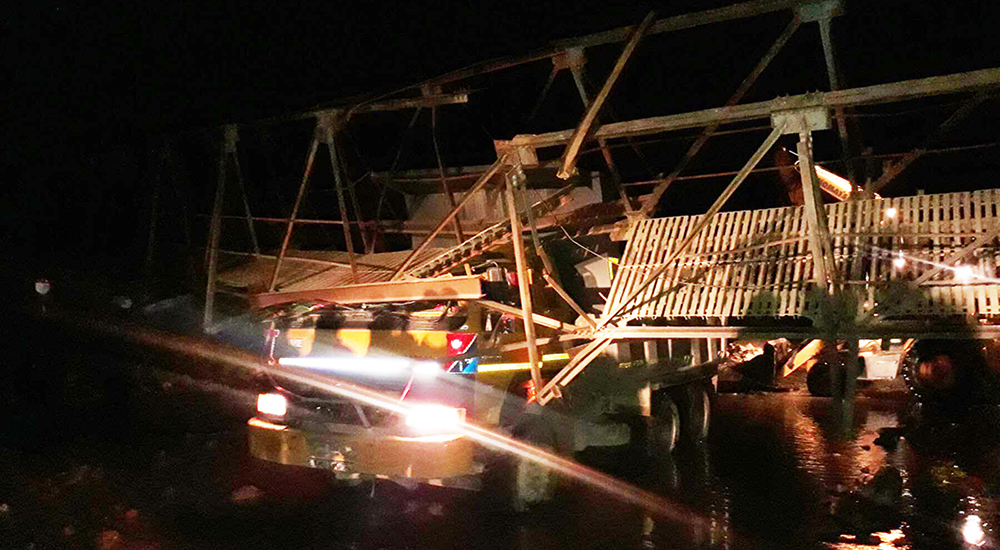 KATHMANDU: A man died after a bridge caved in at Champi in Chapagaun of Lalitpur on Monday.

Tipper driver Ajay Marfa of Barunchuli, Godawari-7 died after the bridge, which was in a dilapidated condition, collapsed last night, police said.

According to Assistant Sub-Inspector Purushottam Acharya of the Metropolitan Police Circle, Chapagaun, the tipper (Na 8 Kha 8111) was heading towards Tikabhairav from Nakkhu when the incident occurred.

Incapacitated in the incident, Marfa was rushed to the Medicity Hospital for treatment, but doctors pronounced him dead on arrival.