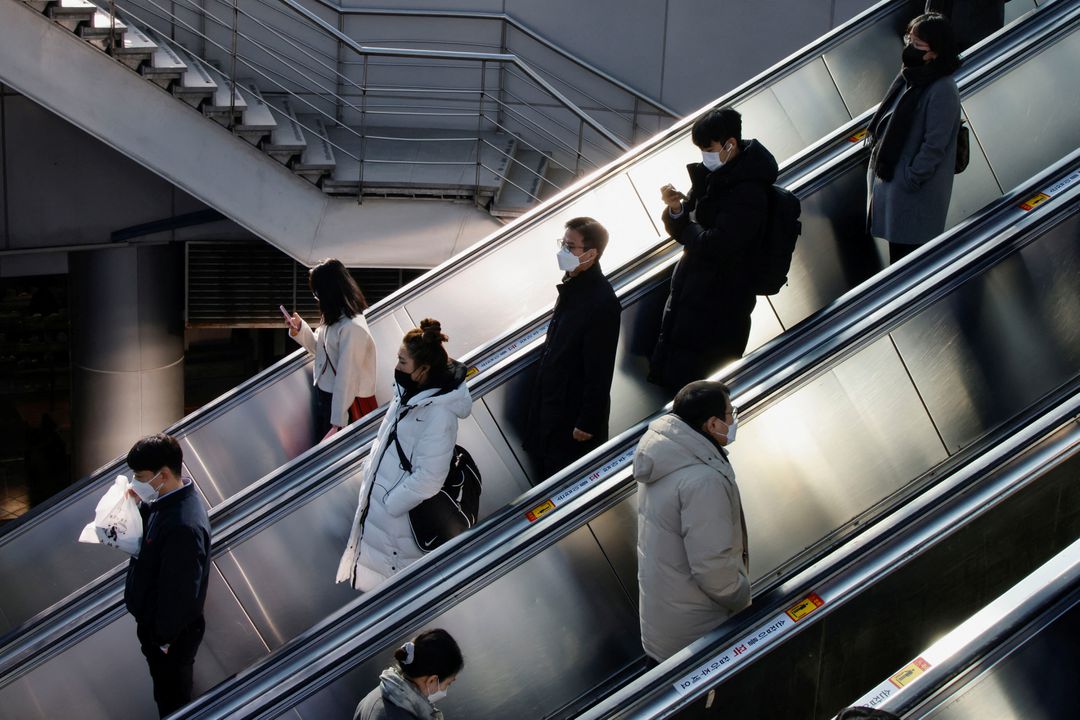 South Korea will soon roll out a pilot project to use artificial intelligence, facial recognition and thousands of CCTV cameras to track the movement of people infected with the coronavirus, despite concerns about the invasion of privacy, Reuters reported.

The nationally funded project in Bucheon, one of the country’s most densely populated cities on the outskirts of Seoul, is due to become operational in January, a city official told Reuters.

The system uses an AI algorithms and facial recognition technology to analyse footage gathered by more than 10,820 CCTV cameras and track an infected person’s movements, anyone they had close contact with, and whether they were wearing a mask, according to a 110-page business plan from the city submitted to the Ministry of Science and ICT (Information and Communications Technology), and provided to Reuters by a parliamentary lawmaker critical of the project.

Governments around the world have turned to new technologies and expanded legal powers to try to stem the tide of COVID-19 infections. China, Russia, India, Poland and Japan as well as several U.S. states are among the governments to have rolled out or at least experimented with facial recognition systems for tracking COVID-19 patients, according to a March report by Columbia Law School in New York.

The Bucheon official said the system should reduce the strain on overworked tracing teams in a city with a population of more than 800,000 people, and help use the teams more efficiently and accurately.

It still relies, however, on a large number of epidemiological investigators, who often have to work 24-hour shifts, frantically tracing and contacting potential coronavirus cases.

In bidding for national funding for the pilot project in late 2020, Bucheon mayor Jang Deog-cheon argued that such a system would make tracing faster.

“It sometimes takes hours to analyse a single CCTV footage. Using visual recognition technology will enable that analysis in an instant,” he said on Twitter.

The system is also designed to overcome the fact that tracing teams have to rely heavily on the testimony of COVID-19 patients, who aren’t always truthful about their activities and whereabouts, the plan said.

The Ministry of Science and ICT said it has no current plans to expand the project to the national level. It said the purpose of the system was to digitize some of the manual labour that contact tracers currently have to carry out.

The Bucheon system can simultaneously track up to ten people in five to ten minutes, cutting the time spent on manual work that takes around half an hour to one hour to trace one person, the plan said.

The pilot plans call for a team of about ten staff at one public health centre to use the AI-powered recognition system, the official said.

Bucheon received 1.6 billion won ($1.36 million) from the Ministry of Science and ICT and injected 500 million won of the city budget into the project to build the system, the Bucheon official said.

While there has been wide public support for existing invasive track and trace methods, human rights advocates and some South Korean lawmakers have expressed concerns that the government will retain and harness such data far beyond the needs of the pandemic.

“The government’s plan to become a Big Brother on the pretext of COVID is a neo-totalitarian idea,” Park Dae-chul, a lawmaker from the main opposition People Power Party, told Reuters.

“It is absolutely wrong to monitor and control the public via CCTV using taxpayers’ money and without the consent from the public,” said Park, who provided the city plan to Reuters.

The Bucheon official said there are no privacy concerns because the system places a mosaic over the faces of anyone who is not a subject.

“There is no privacy issue here as the system traces the confirmed patient based on the Infectious Disease Control and Prevention Act,” the official told Reuters. “Contact tracers stick to that rule so there is no risk of data spill or invasion of privacy.”

Rules say patients must give their consent for the facial recognition tracking to be used, but even if they don’t consent, the system can still track them using their silhouette and clothes, the official said.

The Korea Disease Control and Prevention Agency (KDCA) said the use of such technology is lawful as long as it is used within the realm of the disease control and prevention law.

The plans for AI-powered facial recognition sweeps comes as the country experiments with other uses of the controversial technology, from detecting child abuse at day cares to providing police protection.