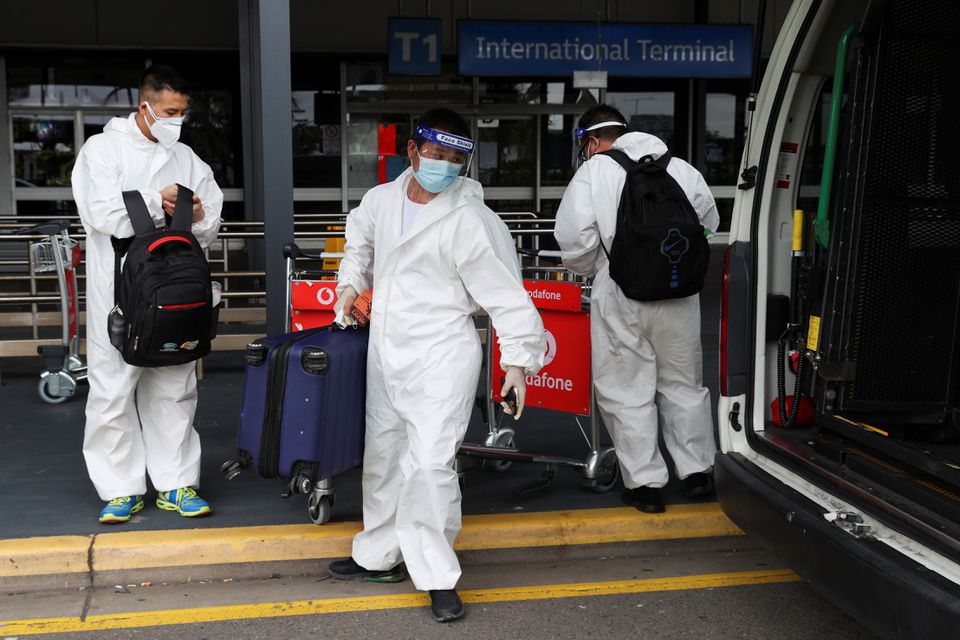 New Zealand delayed the planned reopening of its international border because of the sweeping spread of Omicron around the world on Tuesday, as several other countries reimposed social distancing measures, Reuters reported.

Many nations are on high alert just days ahead of Christmas and New Year celebrations, as the latest health crisis also takes a toll on financial markets, which fear the impact on the global economic recovery.

Omicron infections are multiplying rapidly across Europe, the United States and Asia, including in Japan where a single cluster at a military base has grown to at least 180 cases.

New Zealand COVID-19 Response Minister Chris Hipkins said his country, which imposed some of the world’s toughest COVID-19 measures, was delaying the start of a planned staggered reopening of its border until the end of February.

The government had previously said quarantine-free travel would reopen by mid-January for New Zealand citizens and residents in Australia – a timetable that would have allowed travel during the peak summer vacation period – and by April for foreign tourists.

“There’s no doubt this is disappointing and will upset many holiday plans, but it’s important to set these changes out clearly today so they can have time to consider those plans,” Hipkins said at a press conference.

In India, New Delhi Chief Minister Arvind Kejriwal urged citizens to wear masks and appealed to the federal government to allow booster vaccine doses as the country reported 200 cases of the variant across 12 states.

In Singapore, the health ministry was carrying out testing to determine whether Omicron was behind a suspected cluster of cases at a gym and warned more cases were likely.

In the United States, officials said the variant claimed the life on Monday of an unvaccinated man in Texas after becoming the dominant strain in the country. Lines for COVID-19 tests wrapped around the block in New York, Washington and other U.S. cities as people clamoured to find out if they were infected before celebrating the holidays with family.

South Korea, the Netherlands, Germany and Ireland were among countries to reimpose partial or full lockdowns, or other social distancing measures, in recent days.

Israel added the United States to its “no-fly” list, citing concerns over the variant, while Kuwait said it would require incoming travellers to have received a booster shot if more than nine months had passed since their second vaccine dose.

British Prime Minister Boris Johnson on Monday said the situation was “extremely difficult” as hospitalisations rose steeply in London. His government was not ruling out any steps, including potentially limiting tourism.

“We’re not going back to lockdowns. We’re going forward to live with this virus with common sense and responsibility,” he said.

The Omicron variant was first detected last month in southern Africa and Hong Kong and so far has been reported in at least 89 countries.

The severity of illness it causes remains unclear, but the World Health Organization (WHO) warned it is spreading faster than the Delta variant and is causing infections in people already vaccinated or who have recovered from the COVID-19 disease.

The rapid spread of the variant has ignited fears that more countries may impose economically disruptive restrictions, impacting markets.

U.S. stocks ended trading on Monday down by more than 1%, while oil investors feared that new restrictions in Europe would weigh on fuel demand, sending crude prices lower.

The negative mood brightened somewhat in Asian hours with European and U.S. stock futures up and some assets battered in Monday’s selling finding buyers, although volumes were thin heading into year-end holidays.

China’s yuan inched up against a softer dollar, as investors cautiously returned to riskier assets.

The World Economic Forum on Monday postponed its annual meeting in Davos due to Omicron, putting off the event scheduled for January until mid-2022.