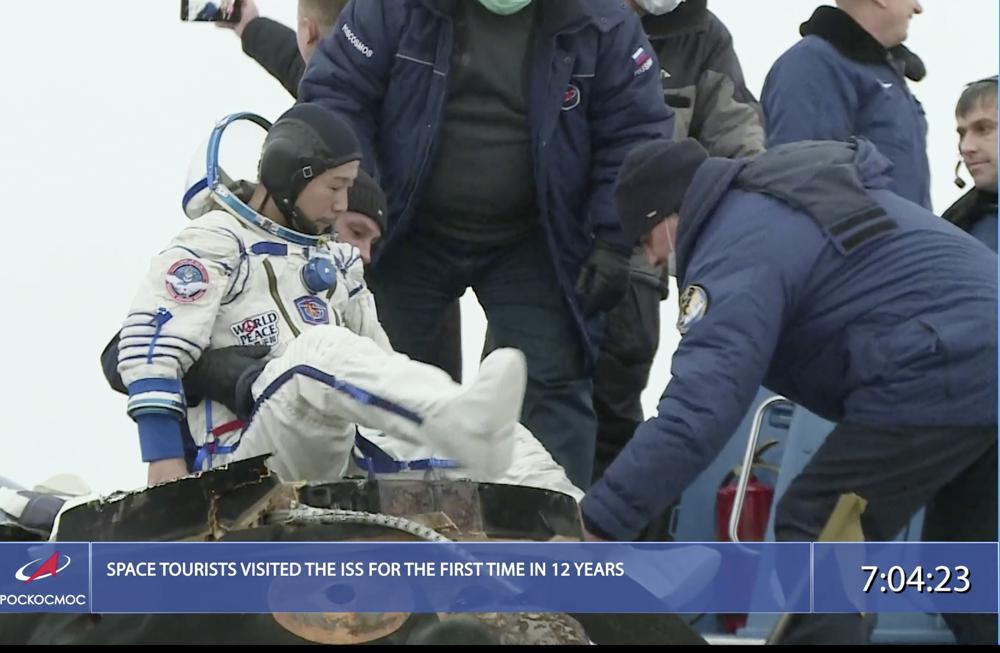 A Japanese billionaire, his producer and a Russian cosmonaut safely returned to Earth on Monday after spending 12 days on the International Space Station, Associated Press reported.

Fashion tycoon Yusaku Maezawa, his producer Yozo Hirano and Russian cosmonaut Alexander Misurkin made a soft landing in a Russian Soyuz capsule in the steppes of Kazakhstan at 9:13 a.m. (0313 GMT) about 150 kilometers ( 90 miles) southeast of the city of Zhezkazgan.

Low clouds prevented the deployment of search-and-rescue helicopters to the area, so rescue teams reached the landing site in all-terrain vehicles to assist the crew and conduct medical checkups. They reported that the trio was feeling fine.

Later in the day, they will be flown to the Star City space flight preparation facility outside Moscow for post-flight checks and rehabilitation.

Maezawa, 46, and his 36-year-old producer Hirano were the first self-paying tourists to visit the space station since 2009. Misurkin was on his third space mission.

Speaking to The Associated Press last week in a live interview from the orbiting space station, Maezawa said that “once you are in space, you realize how much it is worth it by having this amazing experience.”

Asked about reports claiming that he paid over $80 million for the 12-day mission, Maezawa said he couldn’t disclose the contract sum but admitted that he paid “pretty much” that amount.