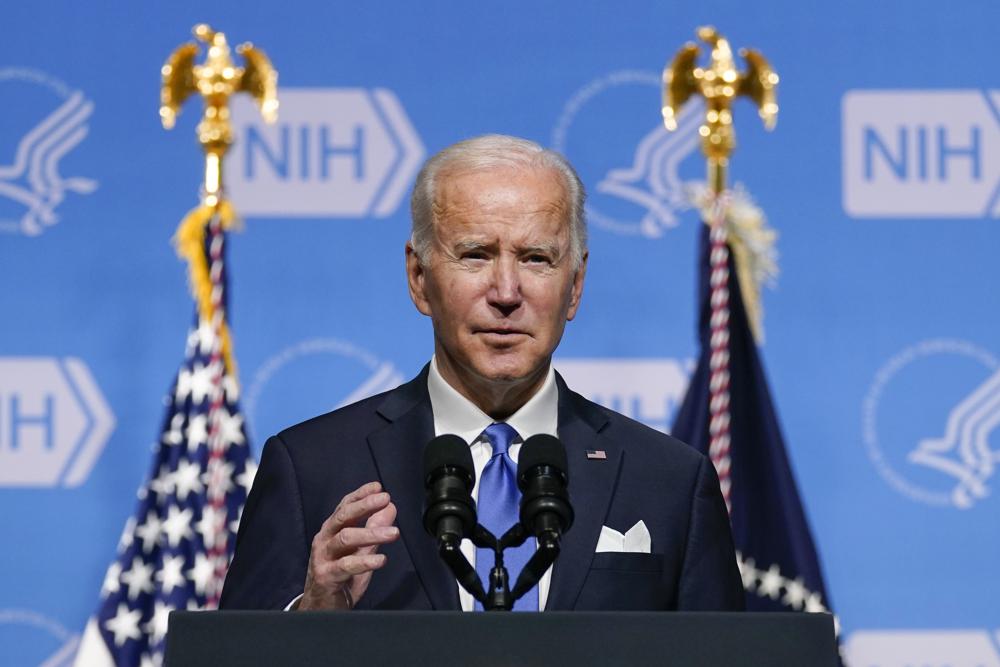 With the omicron variant on the march, President Joe Biden plans to announce 500 million free rapid tests for Americans, increased support for hospitals under strain and a redoubling of vaccination and boosting efforts, Associated Press reported.

In a speech scheduled for Tuesday afternoon, Biden is announcing major changes to his COVID-19 winter plan, his hand forced by the arrival and rapid spread of the omicron variant, whose properties are yet not fully understood by scientists.

The world is confronting the prospect of a second straight holiday season with COVID-19 as families and friends begin to gather. Scientists don’t yet know whether omicron causes more serious disease, but they do know that vaccination should offer strong protections against severe illness and death. The White House provided details on the proposals Biden will announce in his speech.

A cornerstone of the plan is Biden’s decision for the government to purchase 500 million coronavirus rapid tests and ship them free to Americans starting in January. People will use a new website to order their tests, which will then be sent to them by U.S. mail. That marks a major shift for Biden, whose earlier plan had called for many Americans to purchase the hard-to-find tests on their own and then seek reimbursement from their health insurance.

Public health experts had criticized Biden’s initial approach as unwieldy and warned that the U.S. would face another round of problems with testing at a critical time. They pointed to other advanced countries such as the United Kingdom, where the government ensures access to testing. In the U.S., rapid tests for at-home use are much more expensive than in Europe, and they have proved to be frustratingly hard to find in stores.

The federal government will also establish new testing sites and use the Defense Production Act to help manufacture more tests.

To assist hospitals buckling under the new COVID-19 wave, Biden is prepared to deploy an additional 1,000 troops with medical skills as well as direct federal medical personnel to Michigan, Indiana, Wisconsin, Arizona, New Hampshire and Vermont. There are also plans to send out additional ventilators and equipment from the national stockpile, expanding hospital capacity to handle infected patients.

The government will also stand up multiple vaccination sites and provide hundreds of personnel to administer shots. New rules will make it easier for pharmacists to work across state lines to aid the public health efforts.

Scientists stress that vaccination is still the best approach to keep Americans safe from omicron. For those who are already fully vaccinated, a booster shot has been shown in lab tests to provide strong protection against the variant. Although reports of breakthrough cases abound, data show that vaccinated people who become infected are much less likely to suffer serious disease leading to hospitalization or death. To the unvaccinated, Biden plans to deliver a stern admonition that they’re risking their lives and the lives of their loved ones.

In a preview of Biden’s speech, White House press secretary Jen Psaki said at Monday’s press briefing that the Democratic president doesn’t plan to impose any lockdowns and will instead be encouraging people to get inoculated — and, if they’re eligible, to get their booster shot.