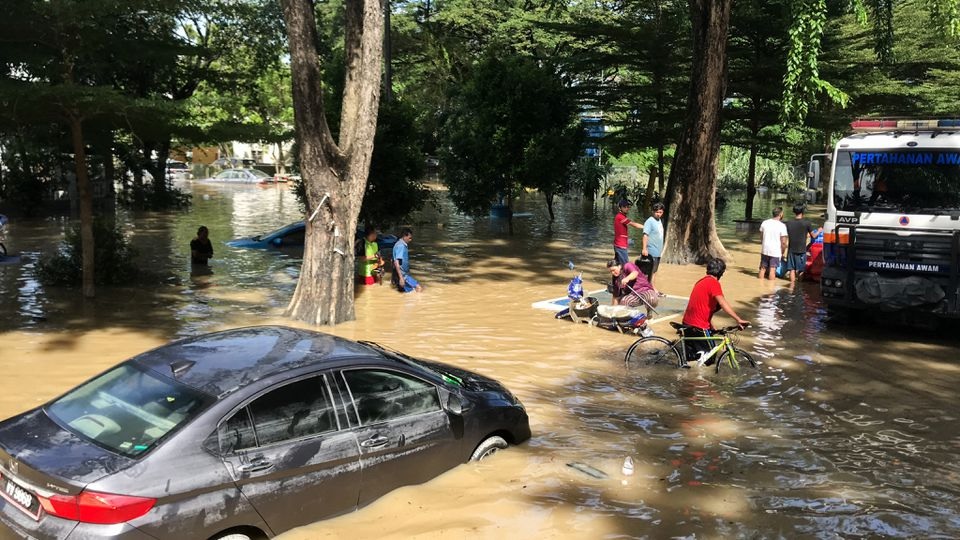 At least eight people have died in floods that have ravaged Malaysia, authorities said on Monday, as the government faced criticism from the public and opposition lawmakers over its rescue efforts, Reuters reported.

Floods are common on the eastern coast of Malaysia during the annual monsoon season between October and March, but unusually heavy rainfall that started on Friday has put a strain on emergency services across the country.

Malaysia has mobilised its army and other security agencies across seven states, with the worst flooding in Selangor, the country’s wealthiest and most populous region.

They include four in Taman Sri Muda, a neighbourhood in the district of Shah Alam, where many people are still believed to be trapped in homes and apartment buildings as rescue efforts were hampered by a lack of boats and manpower.

More than 32,000 displaced people from Selangor have been moved into temporary shelters as of Monday, the state’s chief minister said on Twitter.

But it is unclear how many more remain to be rescued with communication lines cut off in many parts of the state.

Opposition lawmakers on Monday lambasted authorities for the delay in response.

“Tonight will be the third night, people are still screaming for boats,” lawmaker Hannah Yeoh of the Democratic Action Party told reporters in parliament.

“We want (the government) to activate assistance immediately so that we no longer find bodies.”

Prime Minister Ismail Sabri Yaakob said in a statement on Monday he had ordered all agencies to conduct “more aggressive” operations to help those affected in Taman Sri Muda.

Taman Sri Muda resident Sazuatu Remly, 43, and her family were rescued by friends on Monday, after being trapped in their home for more than two days.

“Help from the government never came for us, we only got help from the parents of the children I was taking care of,” she told Reuters.

“I really hope authorities can act more quickly, and they give more attention to the people here.”