2 ordinances endorsed amid protest from UML 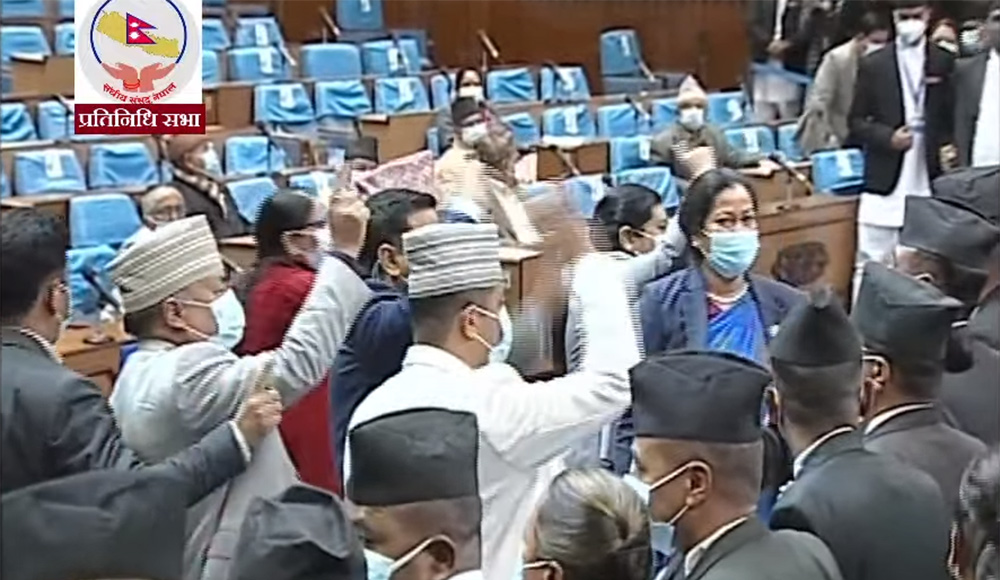 KATHMANDU: A meeting of the House of Representatives on Tuesday endorsed two ordinances amid protest from the main opposition CPN-UML.

The ordinances were tabled by Minister of Law, Justice and Parliamentary Affairs Dilendra Prasad Badu.

The UML lawmakers resorted to sloganeering as soon as Speaker Agni Prasad Sapkota announced the commencement of the House proceedings.

The next meeting has been scheduled for next Wednesday.