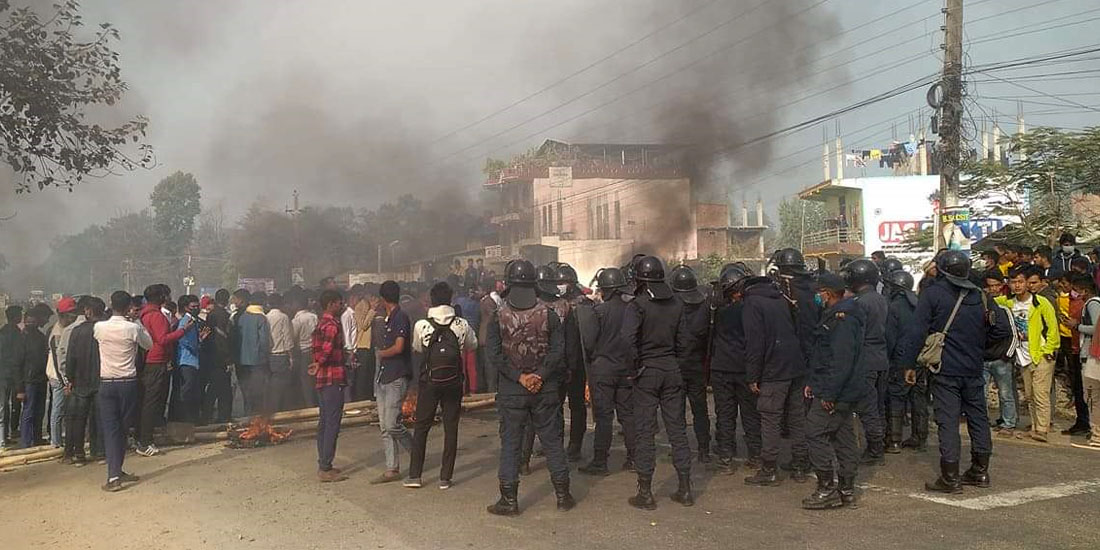 SARLAHI: A student died after a truck knocked him down at Bastipurchowk in Lalbandi Municipality-9, Sarlahi along the East-West Highway on Monday.

The deceased has been identified as Deependra Kumar Yadav (16) of Chandranagar Rural Municipality-1. He was a ninth grader at Janajyoti Secondary School at Lalbandi-9.

According to Nirmal Thapa, Inspector at the Area Police Office, Lalbandi, the truck (Na 3 Kha 7990) hit him this morning. Police have impounded the truck and arrested its driver for investigation.

Following the incident, irate locals and a group of students blocked the highway by burning tires.

Police said that vehicular movement along the highway has resumed after holding discussions with the protestors.