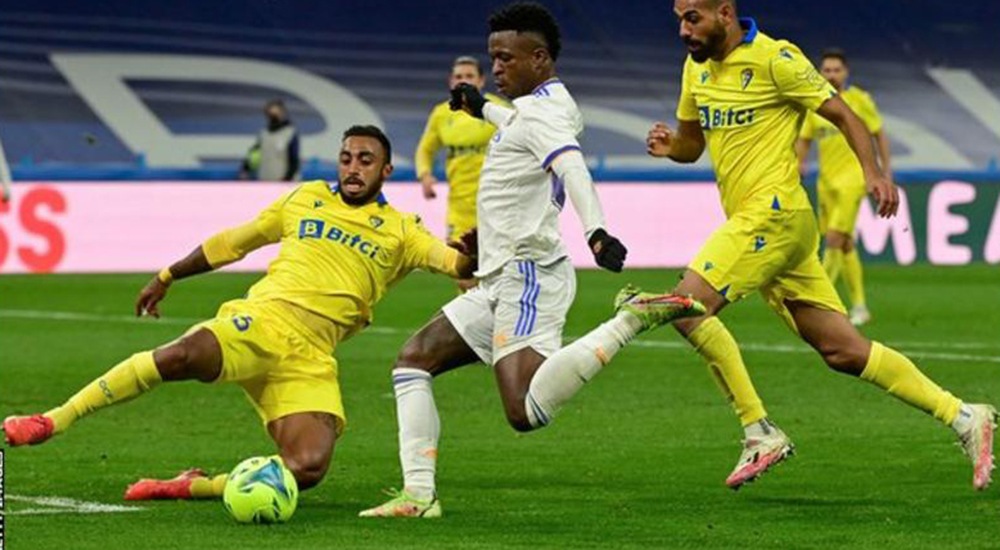 Real Madrid’s 10-game winning streak in all competitions ended with a disappointing 0-0 LaLiga draw at home to lowly Cadiz on Sunday, Reuters reported.

It was a gutsy performance by the southern club at the league leaders as they survived a second half in which Real bombarded Jeremias Ledesma’s goal without finding the net.

Real are now six points clear of second-placed Sevilla, who beat Atletico nL1N2T30E8 Madrid 2-1 on Saturday and have a game in hand, and 10 in front of Real Betis, who lost at Athletic Bilbao.

Barcelona, who won 3-2 nL1N2T30CB at home to Elche on Saturday, are seventh, 16 points behind their fierce rivals.

With Real missing six players due to a COVID-19 outbreak at the club, all eyes were on Eden Hazard, who was making his first start since September against second-bottom side Cadiz.

After a poor first half, the Belgium forward got into his stride after the break but Real did not do enough to break the deadlock in front of their disappointed fans at the Bernabeu.