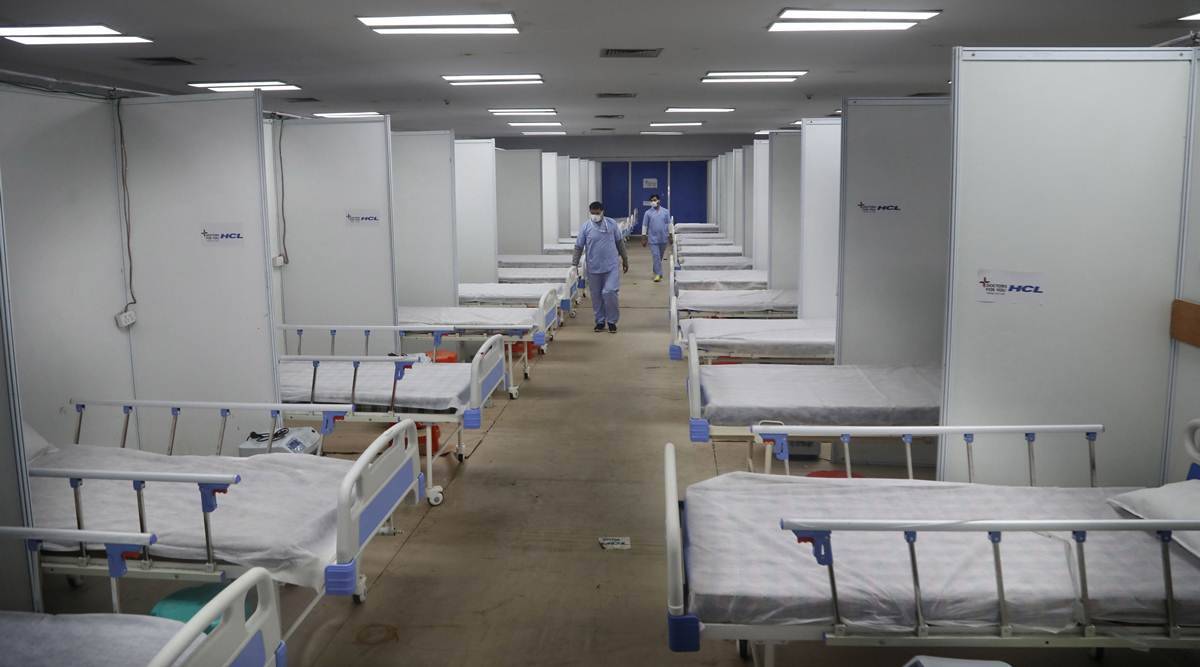 Delhi saw the biggest single-day spike in new cases of Covid-19 in almost six months on Sunday, with 107 people testing positive for the infection, the Indian Express reported.

The test positivity rate — the percentage of coronavirus tests that returned a positive result — was 0.17%, also the highest in almost six months.

The last time Delhi reported more new infections in a day was on June 25, when 115 cases were detected.

Until the end of November, Delhi was reporting around 30-40 cases daily on average. But both the number of daily cases and the positivity rate have risen over the last week.

These increases in the capital come as a wave of infections, driven by the highly transmissible Omicron variant of the coronavirus, sweeps through Europe, where several countries have announced a return of lockdown measures.

The United Kingdom reported 82,886 new cases on Sunday — only the fourth time since the beginning of the pandemic in February 2020 that daily cases have passed 80,000 — and a 72% increase over the 48,000-odd infections recorded last Sunday.

A total 22 cases of Omicron have been reported in Delhi so far. Ten of these patients have been discharged from hospital. The majority of positive cases are not genome sequenced to determine the variant of the coronavirus responsible for the infection.

“There has been a sudden spike in cases in Delhi. Though the situation is not very serious at present, it is certainly concerning. The number of Omicron cases is also increasing. We are making arrangements preemptively to make sure that the healthcare system does not collapse under the pressure if cases rise suddenly,” a senior government official told The Indian Express on Sunday.

The situation will be reviewed at a meeting of the Delhi Disaster Management Authority (DDMA) on Monday, the official said. The meeting will be attended by senior officials of the Delhi government, NITI Aayog member Dr V K Paul, ICMR chief Dr Balram Bhargava, and AIIMS director Dr Randeep Guleria, among others.

On the agenda is a review of the pandemic situation in Delhi and its response preparedness, the trajectory of Omicron cases and preparations for its control, and the capital’s vaccination programme.

Of the around 1.5 crore eligible recipients in Delhi, some 1.46 crore have received at least one dose of vaccine, while 1.01 crore have got both their shots.

“A discussion on allowing only vaccinated people on public transport and in public places such as malls, cinema halls, and places of worship is likely to be held,” the official said.

Meanwhile, preparations have begun at Covid care centres in the city in anticipation of a significant increase in the number of infections.

The facility at Commonwealth Games Village, which could accommodate 500 people during the second wave in April-May, is now ready to admit 65 people. The capacity of the centre, which is managed by the NGO Doctors for You, can be scaled up to 500 beds in 2-3 days.

Another Covid care centre, which functioned earlier at the Yamuna Sports Complex, is also being set up again. Both these centres will have oxygen beds.

As of Sunday, Delhi had 540 active cases of Covid, the most since August 6, according to government data. Of these, 208 are admitted in hospitals.