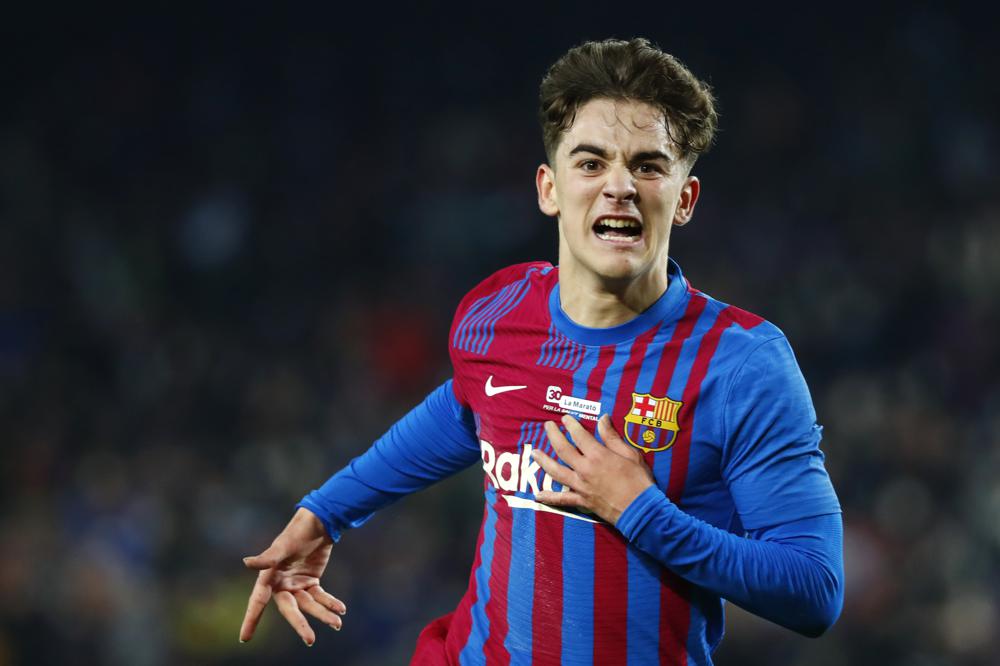 Ocampos blasted a ball that came off the crossbar past Jan Olbak with two minutes remaining to clinch the victory over the defending champions.

Second-placed Sevilla moved to within five points of Madrid before it plays Cádiz on Sunday without several virus-infected players.

Barcelona has long been out of contention for the title, but its fans could at least believe in a brighter future for the team after 17-year-old Gavi Páez teamed with two more youths to beat a resilient Elche 3-2 and end a three-game winless run.

Ferrán Jutlgà and Gavi scored their first goals for Barcelona to give it a 2-0 halftime lead.

Elche rallied with two goals early in the second half, but Gavi assisted 19-year-old Nico González to score the 85th-minute winner.

“The only thing I was thinking was that that ball had to go in one way or another,” Nico said about his winner. “We are very happy. At 2-2 we knew we were facing a tough rival and recently things have not been going our way.”

A Sevilla missing several players due to injury got off to a good start after Ivan Rakitic scored a screamer from well outside the area seven minutes after kickoff.

Atlético defender Felipe Augusto headed in a corner kick served by Thomas Lemar to level the score in the 33rd. Atlético had the better of Sevilla for most of the second half but could not go ahead.

After Ocampos scored against the flow of play following a corner kick, João Félix almost stunned Sevilla in stoppage time with a long lob that clipped the bar.

Diego Simeone’s team fell into fifth place — behind the surprising Rayo Vallecano in fourth — at 13 points off Madrid’s pace.

Jutlgà, 22, who made his Barcelona debut as a substitute in the last round, was a surprise choice by Xavi Hernández to start as a false nine in place of injured striker Memphis Depay.

The choice paid off when Jutlgà headed home a cross from Ousmane Dembelé following a corner kick for the 16th-minute opener.

Gavi quickly doubled the lead three minutes later with a dazzling evasive dribble. He used a brilliant first touch with the inside of his boot and quickly turned to ditch his marker before cutting past Elche’s last man and firing a shot in off the post.

Gavi’s first goal of a breakout season that has earned him a call-up for Spain thrilled the Camp Nou crowd hungry to find new favorites after Lionel Messi left the club orphaned.

Barcelona then suffered another letdown as substitutes Tete Morente and Pere Milla led Elche back.

That was when Gavi linked up with substitute Nico. Gavi exchanged passes with Dembelé in the box and found Nico to coolly drill in a shot.

“I played here when I was 17 years old and I was scared,” Xavi said. “But these players have loads of character, and I am thrilled to have them. And Gavi, the way he plays, it is priceless for the team. … What he is doing, making the difference, scoring and setting up another goal. The sky is the limit.”

Barcelona’s first win in four games across all competitions moved it to seventh place, still a distant 15 points from Madrid.

Rayo maintained its league-best home record after beating Alavés 2-0 for its eighth win in this campaign at Vallecás Stadium.

Gerard Moreno scored two goals and set up another as Villarreal won at Real Sociedad 3-1 for its first road win in the league.