One nabbed with 19.5 kg marijauna in Dhanusha 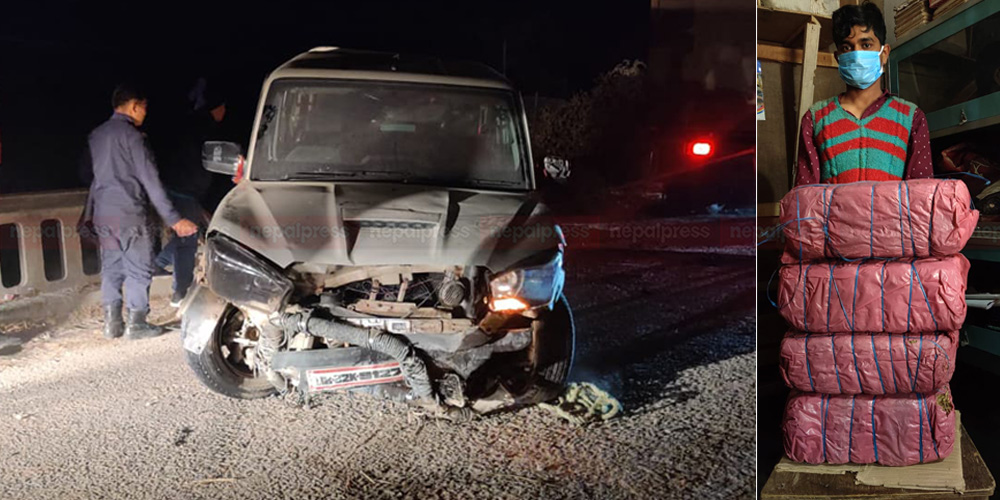 JANAKPURDHAM: Police on Saturday arrested an Indian national with more than 19 kg marijuana from Mithila municipality-6, Dhalkebar in Dhanusha district.

The arrestee has been identified as Vijaya Kumar Mahato(22) of Madhubani district, Bihar.

According to Police, a group of five people including Mahato were heading towards Dhalkebar from Bardibas in a Scorpio(BR 32 K 9127) with the marijuana last night. The Scorpio crashed into a bridge as they tried to escape from the police team by throwing the marijuana out of the vehicle.

“The five had fled after the Scorpio crashed into BasiKhola bridge,” Dhalkebar Police Inspector Pradip Subedi said, “Mahato was arrested after he was found hiding in a sugarcane farm around 500 meters away from the bridge.” Police are searching for the absconding, Subedi added.

Police are further investigating the case by taking the vehicle under custody.