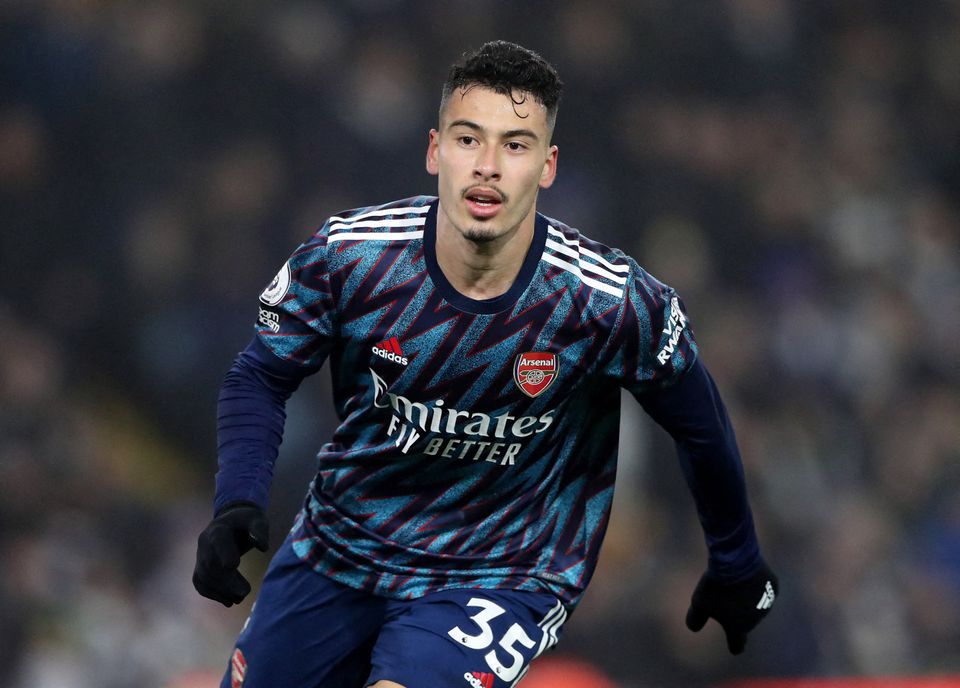 In the only Premier League game to go ahead on Saturday due to a huge rise in COVID-19 cases among players, Arsenal blew beleaguered Leeds away with a blistering first-half display.

Having shipped seven goals at Manchester City in midweek, Leeds were repeatedly carved apart in the opening period, with Martinelli’s brace putting Arsenal 2-0 up inside 28 minutes.

Frustrations were palpable all round Elland Road as Bukayo Saka added a third for Arsenal three minutes before the break, with the scoreline not at all flattering for the dominant London side.

Leeds did threaten a late comeback when Rafinha converted a penalty 15 minutes from time, but substitute Emile Smith Rowe’s late goal put the game beyond the hosts.

Arsenal’s third league success in a row consolidated fourth spot in the standings, while Leeds’ second successive hammering left them down in 16th, five clear of the drop zone, but having played three more games than Burnley in 18th.

“I am very happy with the performance, the week that we had, and the way we are moving forward,” Arsenal coach Mikel Arteta said.

“It is always difficult to play against Leeds. They didn’t give up on the second half. I am pleased, it is not easy to play the way we did in this atmosphere. We made a real statement.”

The visitors were well on top from the start against an injury-ravaged Leeds. Home goalkeeper Illan Meslier was forced into a fine save as the hosts’ defence still looked shell-shocked after their mauling at the Etihad Stadium on Tuesday.

Saka should have scored from the rebound, but Arsenal did not have to wait long for the opener as Martinelli, leading the line in place of Pierre-Emerick Aubameyang who was again left out for a disciplinary breach, arrowed a shot into the top corner.

The Gunners continued to dominate, with Scotland full back Kieran Tierney forcing another fine save out of Meslier, before the hosts mustered their first attack as Rafinha fired wide.

Martinelli, whose Arsenal career has been plagued by injury, made it two after brilliantly latching onto Granit Xhaka’s through pass and lofting the ball over Meslier.

Saka’s goal had an element of fortune about it as a deflection took it past Meslier whose performance ensured it was only three at the break.

Arsenal’s 11 shots on target in the first half is the most in the opening 45 minutes by any side in a single Premier League match since 2003-04, when Opta started collecting such stats.

Leeds improved in the second half and deservedly got a lifeline when Ben White fouled Joe Gelhardt in the penalty area and Rafinha hammered in the spot-kick.

Without injured striker Patrick Bamford, however, Leeds lacked the firepower to complete the turnaround and Smith Rowe’s calm finish ended their faint hopes.

It was the first time Leeds have lost three successive league games under manager Marcelo Bielsa.

“There were more chances generated than the goals that they scored,” Bielsa said. “When we lost the ball in our own half, this increased the amount of chances they (Arsenal) could create.

“Always the support like the team received today is inspiring to us. It is not easy when a team has conceded 14 goals in three games. If the fans were not so supportive of me, I could understand it.”