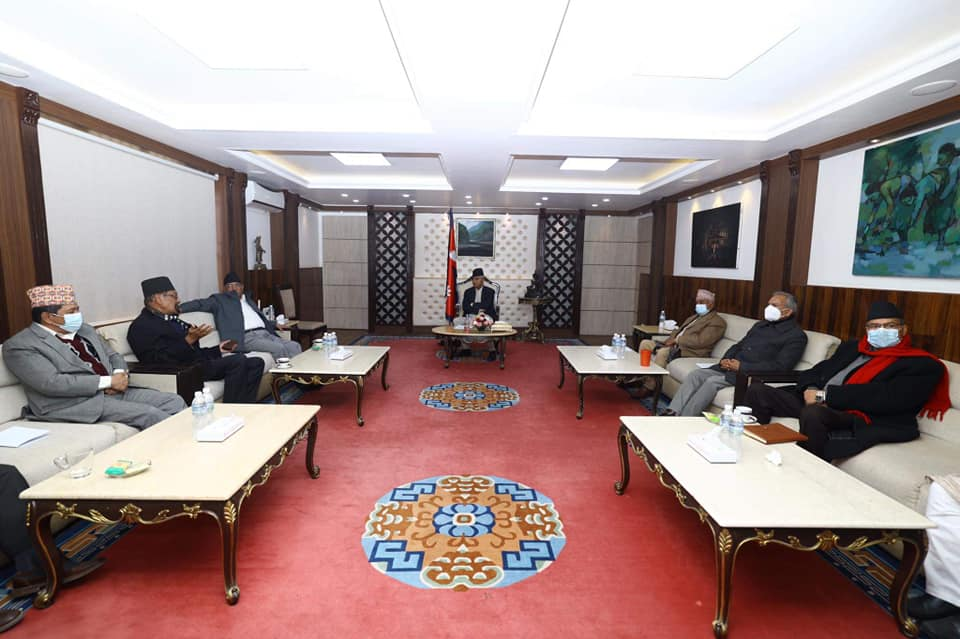 KATHMANDU: All the political parties apart from the Nepali Congress said that the Millennium Challenge Corporation (MCC) should not be endorsed in its current form.

During the all-party meeting called by Prime Minister Sher Bahadur Deuba at his official residence in Baluwatar on Sunday, CPN (Maoist Centre), CPN (Unified Socialist), Janata Samajbadi Party-Nepal, Rastriya Janamorcha, Nepal Workers and Peasants Party and Rastriya Prajatantra Party have opposed to the endorsement of the MCC from the Parliament.

According to Nepal Workers Peasants Party leader Prem Suwal, who attended today’s meeting, Maoist Centre Chairman Pushpa Kamal Dahal opined that the MCC should not be endorsed in its existing form.

Likewise, CPN (Unified Socialist) leader Bed Ram Bhusal also said that the MCC should not be endorsed without revision.

Government’s spokesperson Gyanendra Bahadur Karki said that the parties will reach the conclusion on the issue in the next meeting.