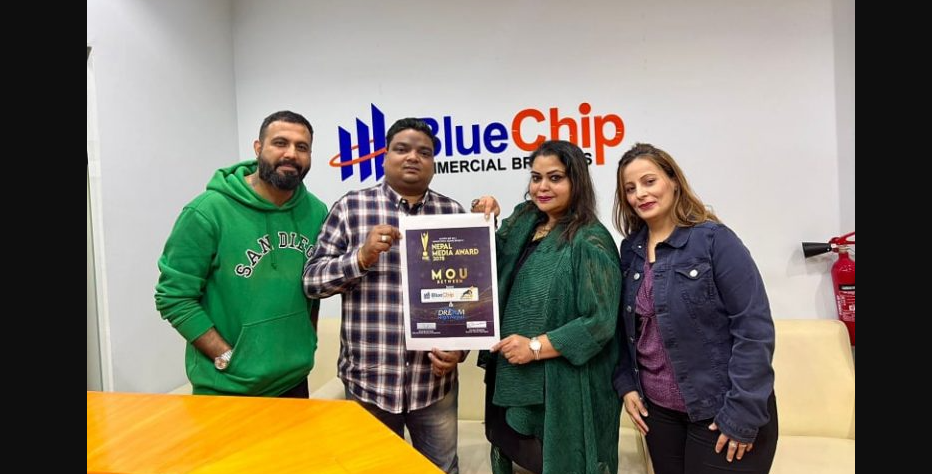 KATHMANDU: The Dubai based company ‘Blue Chip Investment Company’ has now been added as the co-sponsor of the media award event ‘Nepal Media Award 2078’ which is going to be organized by the Dream High Nepal Pvt Limited company.

The Chief Executive Officer (CEO) of the Blue Chip Company, Ravindernath Soni, has expressed his gratitude to be a part of the award event going to be held in Nepal.

The ‘Nepal Media Award 2078’, organized in collaboration with the Federation of Nepali Journalists (FNJ), will honour media and media personnel from television, print media, FM radio and online journalism based on their presence and presentation over the past year, said Kamal GC, head of the organizing body.

The ‘Blue chip’ company which has a huge investment in various sectors including the trading business in Dubai has also invested in many Bollywood and South Indian films.

The producer of the event ‘Nepal Media Award 2078’ is Poonam Yadav. She has already produced some Hindi songs and now she is  preparing to make a Nepali and Bollywood film soon.

Yadav said that the team have a target to take Nepal’s award to the international level.

The award is also linked with ‘Double Tree by Hilton’ as a hotel associate sponsor.