Mass evacuations as Typhoon Rai bears down on the Philippines 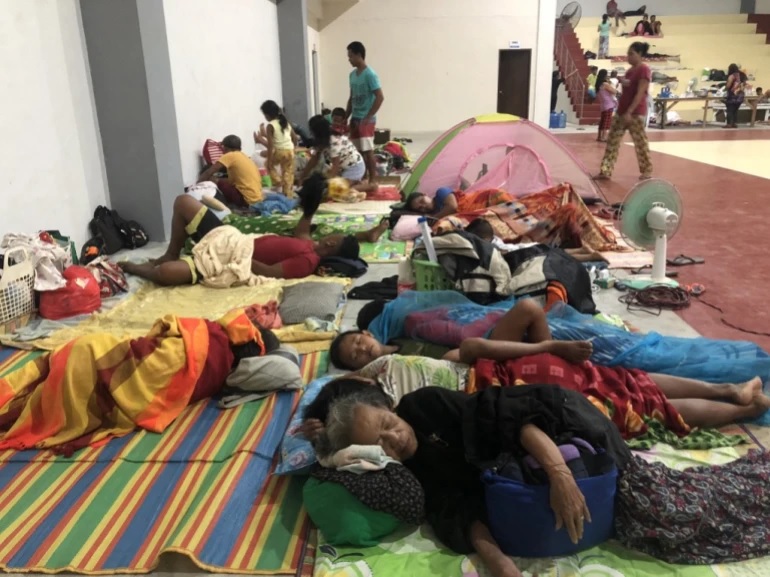 Tens of thousands of people are being evacuated from their homes in central and southern Philippines as a powerful typhoon quickly gathers strength before making landfall, Aljazeera reported.

The latest report from the Philippine weather bureau, PAGASA, said that Typhoon Rai is undergoing “rapid intensification” as it barrels towards the island province of Dinagat and Surigao provinces in the mid-eastern section of the country.

According to PAGASA’s typhoon tracker, Typhoon Rai made its first landfall in Surigao del Norte’s Siargao Island at 0530 GMT.

It warned of “very destructive typhoon-force winds” in some parts of the country within the next 12 hours. Rough seas and storm surges in coastal sections, as well as flooding and landslides in mountainous areas along the typhoon’s path are also expected.

Sailors have also been advised by PAGASA to remain in port or take shelter as sea conditions “are risky for all types of sea vessels”.

The Joint Typhoon Warning Center (JTWC) of the US Navy has declared Rai as a super typhoon.

The typhoon is the 15th to hit the country this year.

In a brief statement posted on social media, the International Federation of Red Cross and Red Crescent Societies said its affiliate in the Philippines “is urgently helping people stay safe in several cities as they brace for one of the strongest storms of the year”.

According to the national disaster mitigation agency, NDRRMC, eight regions in the country have been placed on the highest level in emergency preparedness and response protocol.

The eight regions located in the central and southern group of islands in the Visayas and Mindanao areas have a combined population of more than 30 million.

Several of those areas have been advised to conduct preemptive evacuation. Suspension of work and online classes has been ordered in some areas including the central province of Cebu, which has a population of eight million.

The nationwide COVID-19 vaccination drive has also been suspended in some parts of the country due to the typhoon. The evacuations could further complicate the country’s COVID response as thousands of displaced residents pack emergency shelters, where it is difficult maintain social distancing guidelines.

In the province of Eastern Samar in the Visayas, Governor Ben Evardone has been quoted as telling DZMM radio station that nearly 30,000 residents have been evacuated as of Thursday morning. Eastern Samar and Leyte provinces were among those hardest hit by the 2013 super typhoon Haiyan, that left thousands dead.

In other parts of eastern Visayas, more than 17,000 people were also evacuated, according to news reports.

In the province of Surigao del Norte in Mindanao, the provincial disaster mitigation agency said that 51,000 residents have been evacuated so far.

In Dinagat, Governor Arlene Bag-ao was quoted by news reports as saying that almost 2,000 families have sought shelter at evacuation centres.

As early as Wednesday afternoon, emergency workers in Tandag, a southern coastal city with a population of more than 62,000, evacuated 3,668 families, the local government said, adding that the evacuees were housed in 18 temporary shelters.

In Cagayan de Oro also in Mindanao, social media posts showed heavy rain and flooding in some areas of the city, which has a population of more than 675,000.

According to NDRRMC, the national government has placed on standby food and non-food supplies worth an estimated $6.6m.

The Philippines is regularly hit by more than a dozen deadly typhoons every year.

In October, at least 11 people were killed and seven others went missing when Typhoon Kompasu hit the northern and western parts of the country.