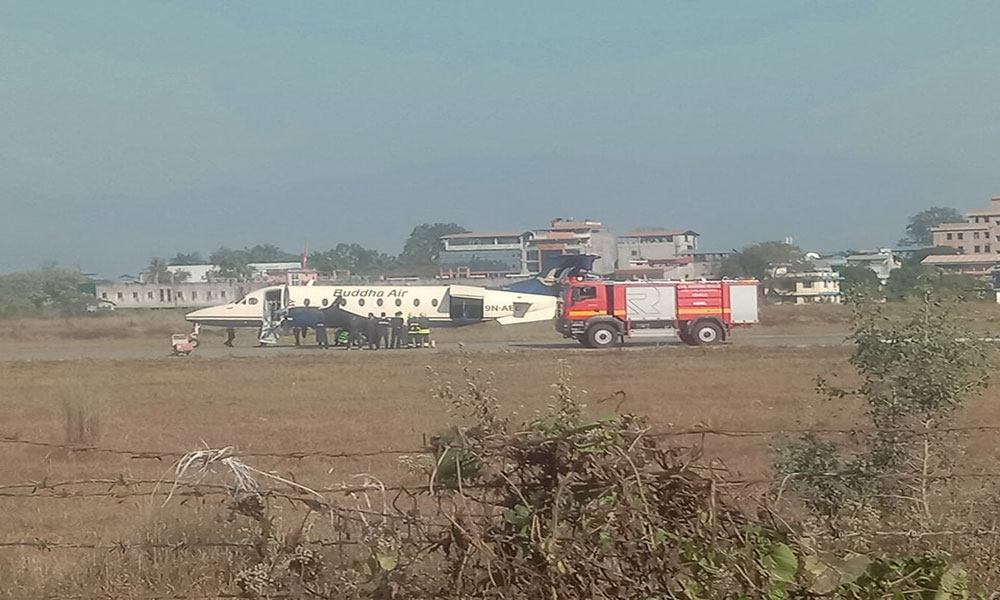 KATHMANDU: A Buddha Airlines aircraft made an emergency landing at the Bharatpur Airport on Thursday.

The aircraft with a call sign U4 360 9NAEE landed at the Bharatpur Airport after experiencing a technical glitch, 10 minutes after it took off from the same airport .

According to Deepak BK, Information Officer at the Civil Aviation Authority, Bharatpur, the aircraft which was about to head towards Kathmandu landed at the airport at 1:16 pm after the captain saw smoke coming up from under the seat.

DSP Om Prakash Adhikari of the District Police Office, Chitwan, said that all the 18 passengers and crew members are safe, he said.

The flights to and from the airport have been obstructed following the incident.