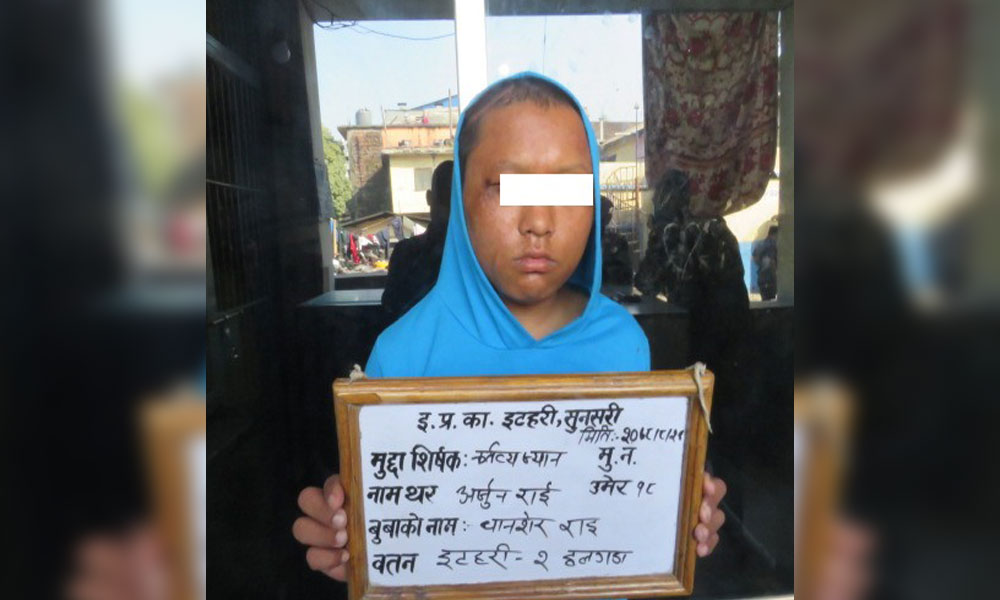 KATHMANDU: An 18-year-old body killed his brother-in-law by  using a knife in Itahari Sub-Metropolitan City-4 on Tuesday.

Police said that Arjun Giri attacked Murari Giri (51) on this chest with the knife and killed him at around 4:30 pm yesterday.

Critically injured Murari was rushed to the Nobel Hospital in Biratnagar but died during the course of treatment at around 7 pm, police said.