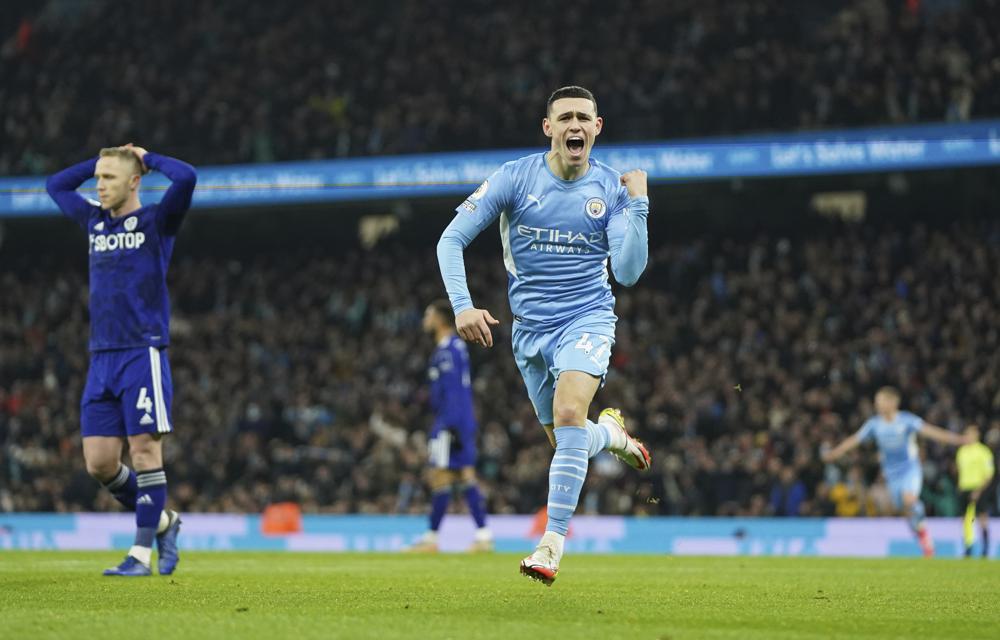 In a tight title race, the flurry of goals moved City within two of Liverpool’s goal difference of plus-33.

“We didn’t score as many goals this season,” manager Pep Guardiola said, “but today was a good run to be close to Liverpool and Chelsea.”

City has a four-point lead over 2020 champion Liverpool, which plays Newcastle on Thursday. That’s when Chelsea, which is a point further back, hosts Everton.

The seven-goal defeat equaled the worst losing margin in the history of Leeds. Marcelo Bielsa’s team is five points above the relegation zone.

“There is nothing positive to take away from our performance. I can’t find anything that can be valued,” Bielsa told BT Sport. “As is natural in these cases, it is not the individuals that fail but the organization.

“There is no justification I can offer,” he continued, “the game was exactly how we thought it was going to be. We prepared ourselves to avoid everything that happened and we didn’t manage to get anything.”