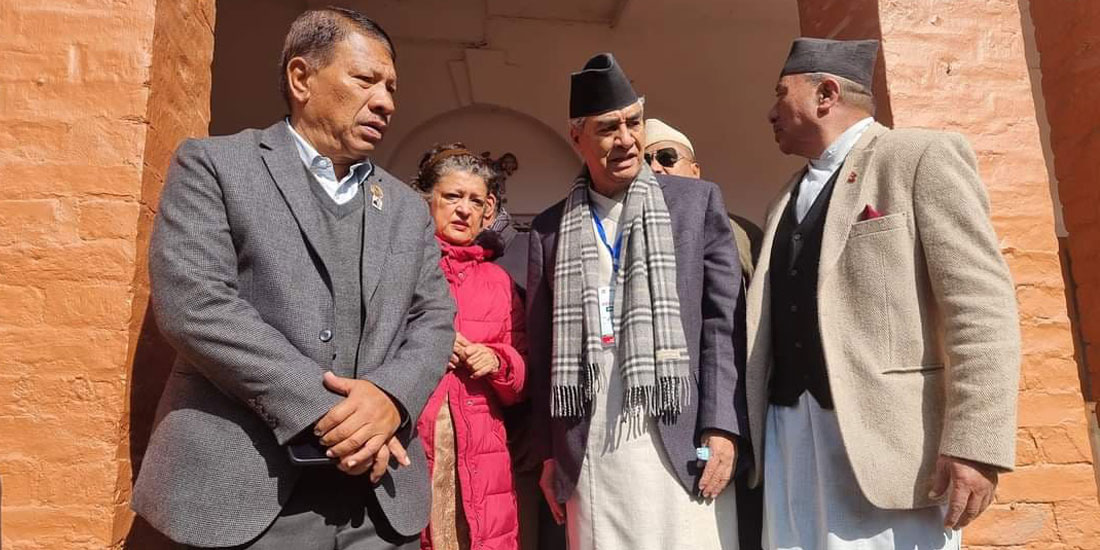 KATHMANDU: Prakash Man Singh has decided to support Sher Bahadur Deuba in a run-off poll for the post of Nepali Congress president.

After a meeting held with Deuba, leader Singh said that he would support Deuba in the run-off poll.

Singh said that he decided to support Deuba after the latter expressed his commitment to improve the party by correcting his weaknesses.

With Singh’s support, Deuba’s claim for the post of president has become stronger.

Deuba had fallen short by 82 votes in the first round to be elected as the party president.