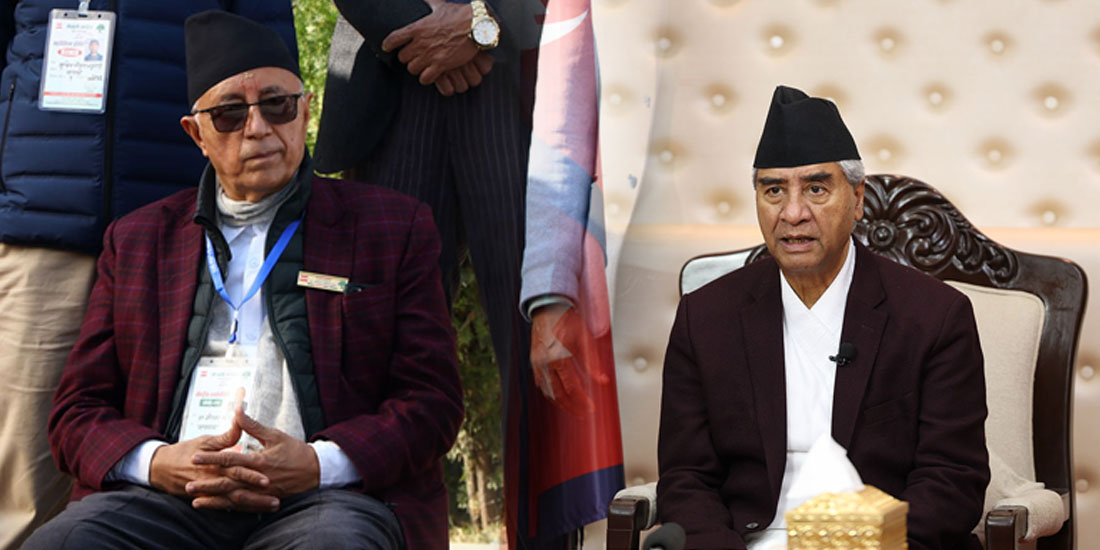 KATHMANDU: A re-election will be held for the post of party president in the 14th general convention of the Nepali Congress (NC) as no candidate secured victory in the first round of elections.

Incumbent party President and Prime Minister Sher Bahadur Deuba failed to get a majority in the first round and will now have to compete with Shekhar Koirala.

Deuba secured 2,258 votes. A total of 4,679 representatives cast their votes during the voting held on Monday. One had to get 2,340 votes to be elected as the party president. Deuba had fallen short by 82 votes.

A member of the party’s Central Election Committee said preparations are being made to organise the second round voting from 3.30 pm today.

Voting will take place at three polling stations like that of yesterday.

As per the NC statute, a candidate vying for the post of president has to secure more than 50 per cent of the votes to get elected.

Since no candidate secured more than 50 per cent votes, a second round of voting will be held now. The candidate securing the highest number of votes in the run-off election will be declared the winner.

The election was held for 132 posts including the party central working committee office-bearers and the members.