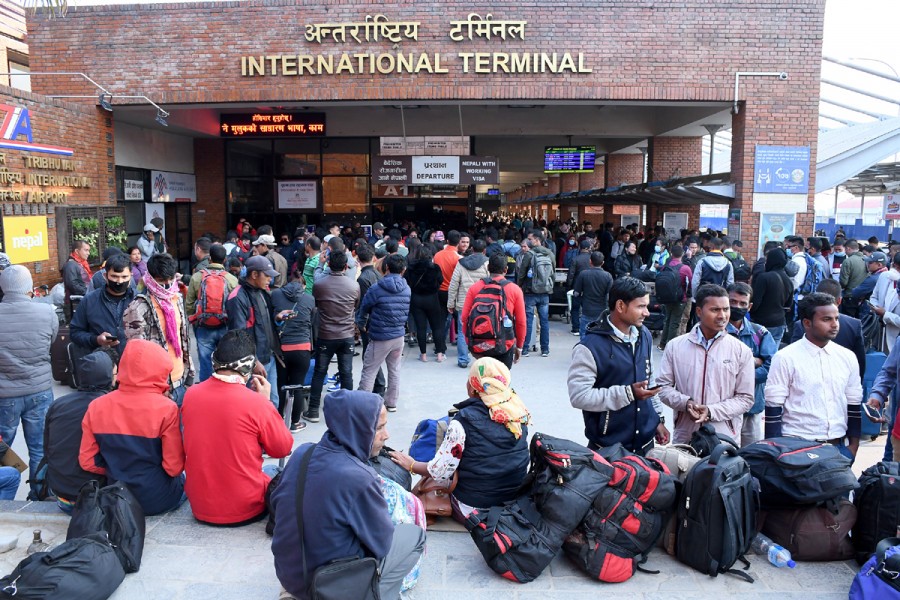 DOTI: Many people go to India for work from various districts of the Sudurpaschim Province every year. However, the number of people going missing in the southern neighbour has increased over the years and it has become a matter of concern.

As many 165 persons from four local levels have gone missing in India or are out of contact with their families. It has been learnt that hundreds of thousands of Nepalis are working in various cities of India for years.

“Most of the people who have entered India in search of a job are working in conditions of insecurity and difficulty. The trend of Nepali migrant workers missing in India has also increased,” said Khadak Raj Joshi, the Informal Sector Service Centre (INSEC) Sudurpaschim Province Coordinator.

He said that the workers who have gone to India in search of work are facing several problems and most of them have gone missing.

The India-returnee workers also shared that the Indian labour market is becoming unsafe for the Nepalis.

Civil society leader and Nepali Congress leader Ghanashyam Pathak said that the Nepali migrant workers are enduring harsh conditions and exploitation in India as the Nepali authorities are silent on this issue. He added that the trend of Nepali workers missing in India has also increased in this context.

“A large number of Nepalis go to India to work as they are knee-deep in debt back home. They are compelled to go to India due to lack of employment opportunities in the country. Their only hope is to work in India and earn some money to clear their debt. But the working conditions are also harsh and they cannot save their earnings as expected. So, many of these migrant workers go missing or do not come into contact with their families back home,” Pathak explained.

He accused the government of neglecting these workers who are working in difficult circumstances in different parts of India.

“The government does not even have data regarding the number of people who are working in India, let alone address their grievances, including their exploitation. The Nepali Embassy in New Delhi is silent on this matter. Who will search for the missing Nepali workers,” INSEC Doti district representative Ganesh Joshi bemoaned. RSS