Arsenal cruise to 3-0 win over Southampton 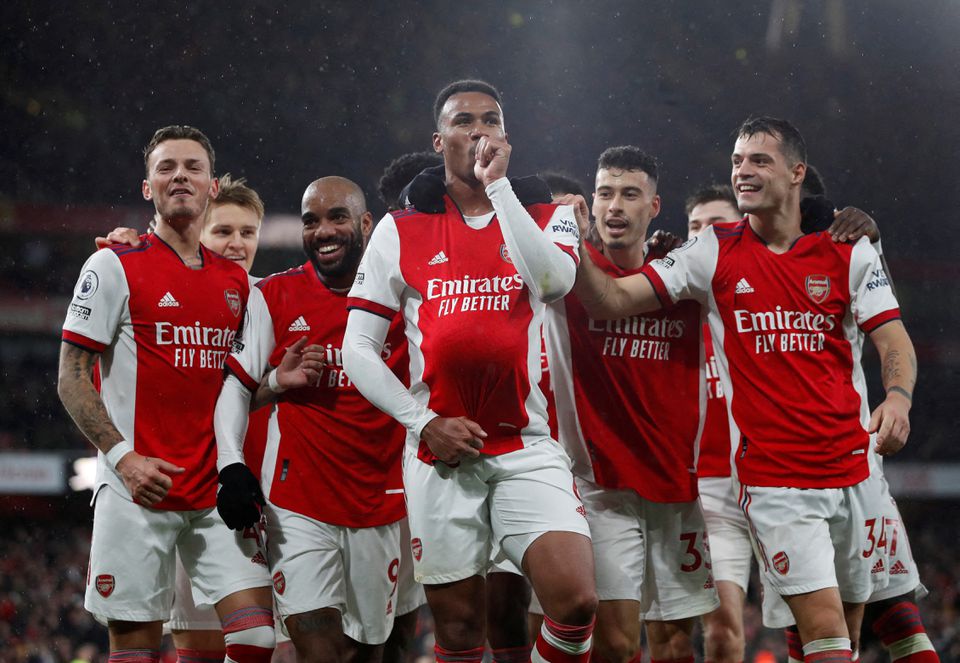 Arsenal weathered storms on and off the pitch before coasting to a 3-0 Premier League win over Southampton on Saturday as boss Mikel Arteta dropped captain Pierre-Emerick Aubameyang from the match-day squad for disciplinary reasons, Reuters reported.

Before kickoff, Arteta was tight-lipped as he explained that Aubameyang’s absence was due to a “disciplinary breach”, with Alexandre Lacazette starting on his own up front.

Southampton had the better of the opening exchanges on a rainy afternoon with Adam Armstrong forcing an early corner and a fine save from Aaron Ramsdale as the Gunners struggled to deal with the visitors’ high press.

They managed to break thorough it in the 21st minute with a sweeping move, attackingdown the left where Bukayo Saka squared to Lacazette, who fired home.

“It was a brilliant goal, played out from the back, we’ve been practising this movement; it’s good to see that it played out well. We practise these things every day in training,” playmaker Martin Odegaard told the BBC.

The Gunners went two up six minutes later when Southampton’s slack defending was punished by Odegaard as Kieran Tierney’s attempted cross bounced back to him and he headed the ball back across the goal for the Norwegian to nod it home.

The goal was Odegaard’s third in three Premier League games, and his angled passes tormented the Southampton defence all afternoon.

The second goal seemed to take the wind from Southampton’s sails as their defensive intensity faded and Arsenal defender Gabriel thought he had scored a third goal on the hour mark, only to see it chalked off for offside.

He popped up again a few minutes later and this time he made no mistake, heading home a corner to make it 3-0.

Southampton’s task was not helped by the withdrawal of Armstrong and strike partner Armando Broja due to injury, and they struggled to create decent attacking opportunities in the second half.

The victory leaves Arsenal fifth on 26 points, while Southampton are 16th on 16 points, and Saints boss Ralph Hasenhuettl will not have much time to rally his injury-hit squad.

“We have a big squad but it’s getting thinner. This is something we must look at — the season is tough and now comes the intense time,” he told the BBC.

“We have to step up again. We play on Wednesday against Crystal Palace. We have to show a better performance.”