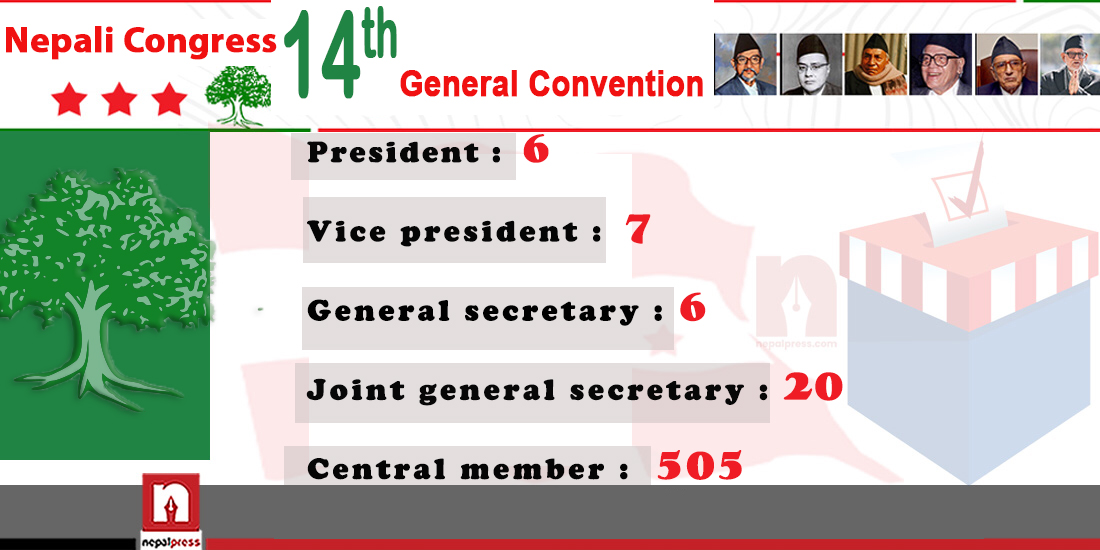 KATHMANDU: As many as 548 leaders have filed their candidacies for 134 posts at the 14th general convention of the Nepali Congress on Saturday.

According to the Central Election Committee of the Nepali Congress, six leaders have filed their candidacies for the post of president, seven for two vice-president and six for two general secretaries.

Likewise, six persons have filed candidacies under the minority group and 16 under the disability category.

The Election Committee has set the deadline of 11 am Sunday to withdraw nominations.

The final list of the candidates will be published at 12:15 pm on Sunday.

The voting will begin at 8am on Monday, the Election Committee said.