4 senior leaders to vie for top post of Nepali Congress 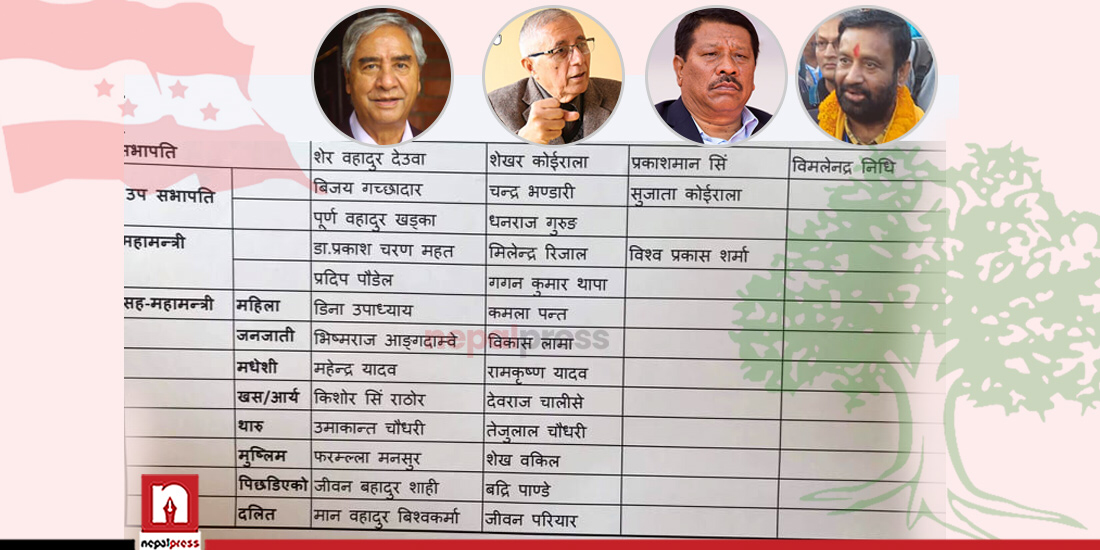 KATHMANDU: Four senior leaders are the main contenders for the post of president in the Nepali Congress.

Incumbent President and Prime Minister Sher Bahadur Deuba has expressed his desire to contest for the second term while Shekhar Koirala, Bimalendra Nidhi and Prakash Man Singh have challenged him.

Deuba and Koirala are  vying the election with panels while Nidhi has filed his candidacy without a team.

Similarly, Singh has formed a team of a vice-president and a general secretary.

Deuba has old faces in his panel. He has floated the names of Purna Bahadur Khadka and Bijay Kumar Gachhadhar for the post of vice-president.

Likewise, Dr Prakash Sharan Mahat and Pradeep Paudel have been included in his panel for the post of general secretary.

Chandra Bhandari and Dhan Raj Gurung will vie for the post of  vice-president from the Koirala panel. Similarly, Minendra Rijal and Gagan Thapa for the general secretary.

Prakash Man Singh has nominated Sujata Koirala for the post of Vice-president and Bishwo Prakash Sharma for the general secretary from his panel.

Sharma joined Singh’s panel after he did not get a place in Deuba’s panel.

Meanwhile, Kalyan Gurung and Yuvaraj  Neupane have also filed their candidacies for the post of party president.