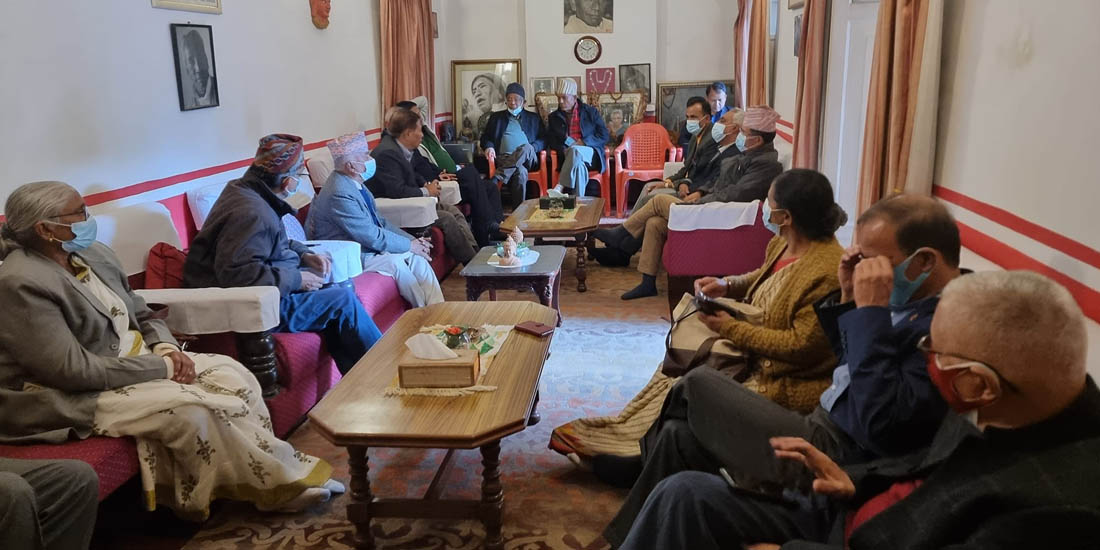 KATHMANDU: Leaders of the rival faction led by senior leader Ram Chandra Paudel have failed to find a common candidate of president for the 14th general convention of the Nepali Congress that kicked in Kathmandu on Friday with the slogan “enthusiasm, unity and transformation.”

A meeting of the rival faction held this evening ended without finding a consensus candidate.

Emerging from the meeting, general secretary Dr Shashank Koirala said that attempts are underway to find a common candidate for party president.

Though incumbent President Sher Bahadur Deuba is the only candidate from the establishment faction to vie for the post of president, there are many leaders from the Paudel faction eyeing the post of party president.

Senior leader Paudel, leaders Prakash Man Singh, Shashank Koirala and Shekhar Koirala are the aspirants for the post of president from the rival camp.