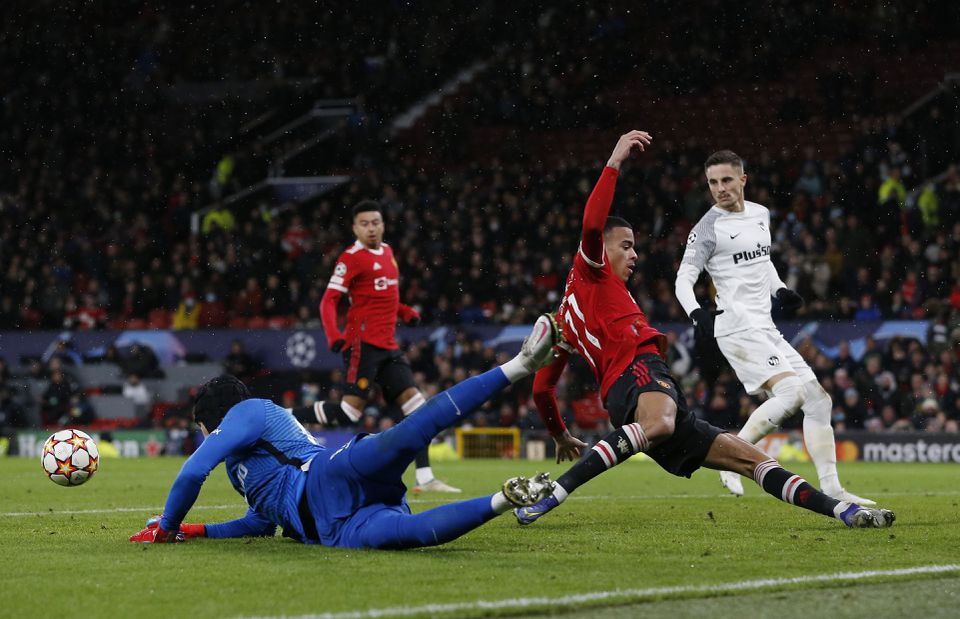 MANCHESTER: A second-string Manchester United were held to a 1-1 draw with Switzerland’s Young Boys in Champions League Group F in a poor quality match at Old Trafford on Wednesday ,Reuters reported.

United were already assured of top spot in the group and a place in the last 16 while Young Boys finished bottom and were eliminated.

With little at stake, interim United manager Ralf Rangnick made 11 changes from the team which beat Crystal Palace on Sunday and if it was a chance for some of those left out of recent line-ups to stake their claim, few would have impressed.

Rangnick’s preference for high-intensity pressing football had been evident in the win over Palace but this, perhaps understandably given the unfamiliar selection, was a ramshackle display.

One of those who did make a case for a starting place was Mason Greenwood and it was the forward who gave United the ideal start, producing a super volley from a Luke Shaw cross to put the home side ahead in the ninth minute.

Rangnick called Greenwood a “massive talent”, praising him also for the work he did to set up Juan Mata for a chance for a second goal which the Spaniard was unable to make the most of the opportunity.

United were sloppy, though, and conceded several openings for David Wagner’s Swiss side who drew level three minutes before the interval.

United’s Dutch midfielder Donny van de Beek, one of those who need to impress, poorly gave away the ball on the edge of his own box and Fabian Rieder curled it into the corner.

United struggled to find any fluency after the break and Young Boys wasted several chance to win the game, most noticeably when Quentin Maceiras was found in space on the penalty spot but poked his shot wide.

“There were quite a few debuts and game time for players who desperately need game time. I wouldn’t say I was happy but it was okay,” Rangnick said of the performance.”I was fully aware before the game that with this team that we played today, we haven’t played together as team.

The first half hour we did quite okay. We had a few unforced errors but had control of the game. We should have been 2-0 or 3-0 up. We had some great opportunities but we didn’t score,” he said.

But Rangnick was irritated by the way United had tried to play out from the back. “What was a little bit annoying was we gave the ball away and played too many balls into the first line of their (pressing) area. Whenever we played the ball into the second or third line, we always made (danger).

I told them that before the game but they still played into that first line,” he said.Second place in the group will not be decided until Thursday after the match between Atalanta and Villarreal was postponed because of heavy snow in Bergamo, Italy.