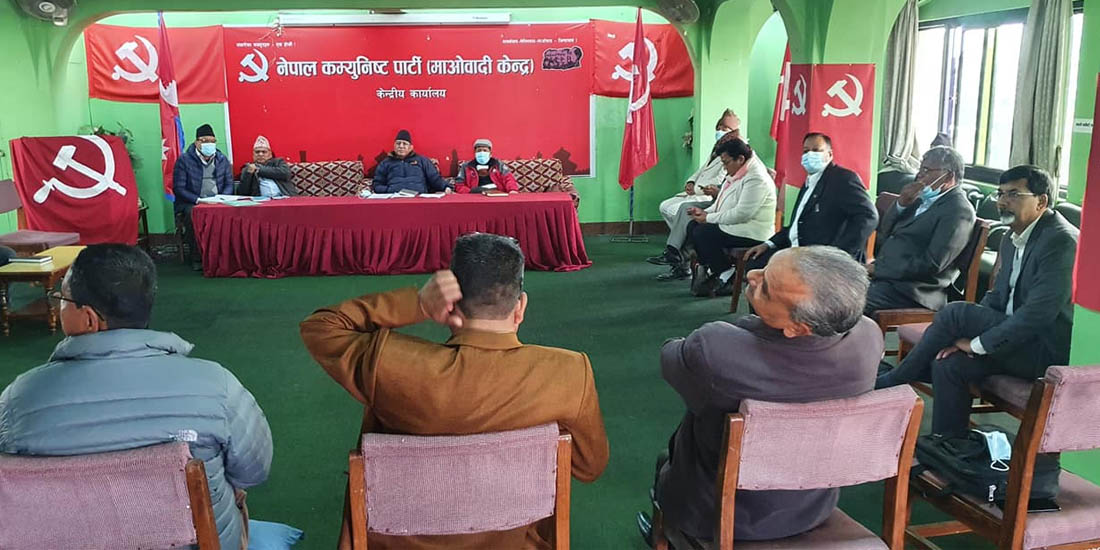 A Standing Committee of the party held on Thursday decided to increase the number of office bearers from seven to nine.

According to party spokesperson Krishna Bahadur Mahara, the party will now have one chairman, three vice-chairmen, one secretary, three assistant secretaries and one treasurer.

Similarly, the party has also decided to increase the number of province committees.

The party is holding its provincial assembly on December 11.