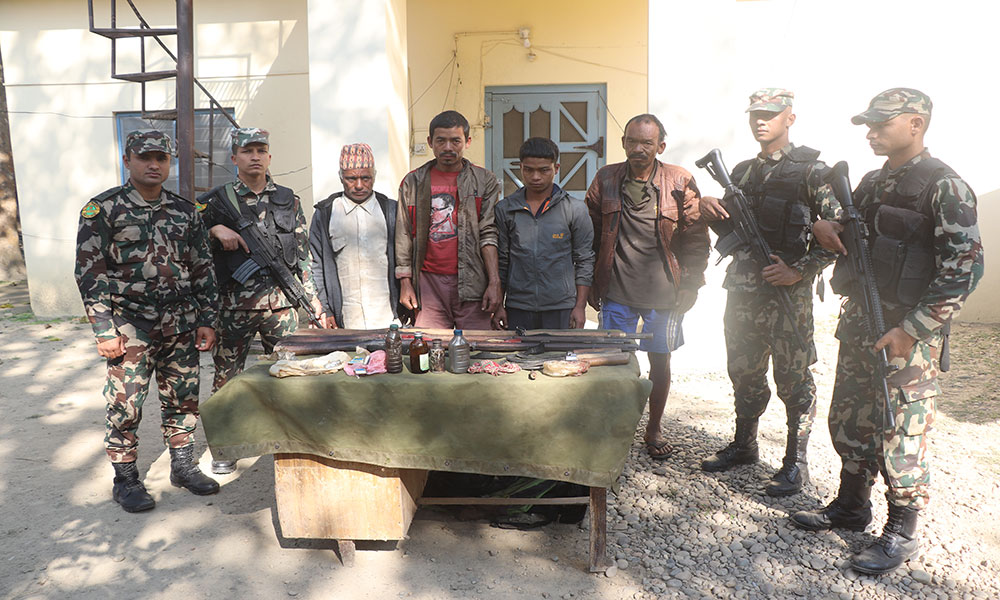 A joint patrol team of Nepal Army personnel and national park staffers arrested them who were set to hunt wild animals in the park with the weapons yesterday.

Nepal Army said that they have recovered three loaded guns and 41 rounds of bullets among others from their possession.

The detainees along with the recovered weapons have been handed over to the Bardiya National Park Office in Bardiya for necessary action.