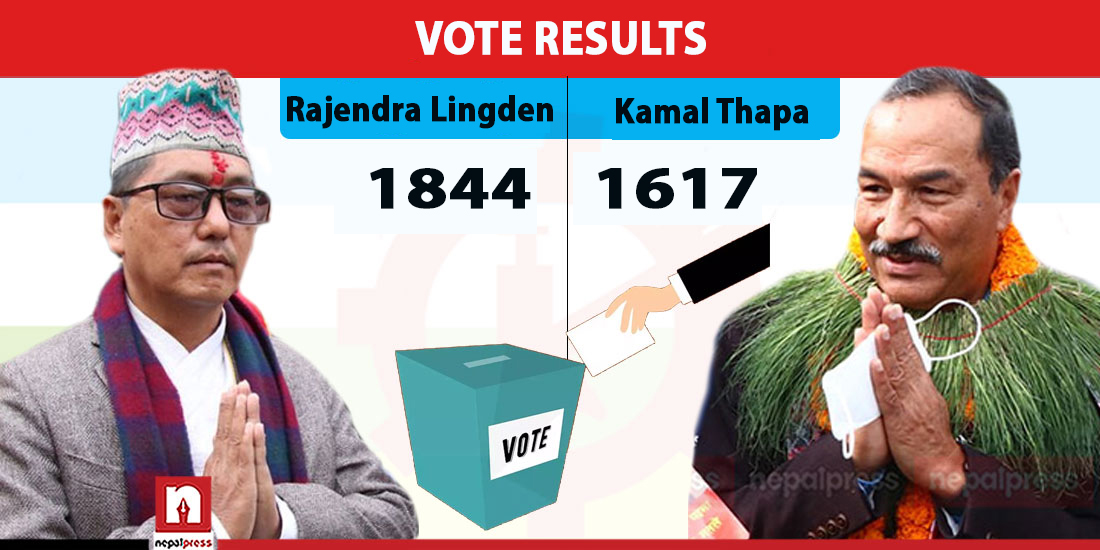 KATHMANDU: The fight between the two leaders of the Rastriya Prajatantra Party for the post of chairman came to an end on Sunday morning with Rajendra Lingden defeating party chief Kamal Thapa by 227 votes.

Of the total 3873 votes that were cast, Lingden secured 1844 votes while his competitor Thapa managed to get 1617 votes while 431 votes were invalid.

Now, Lingden alone will lead the party which used to have three chairmen.